Anasuya is the lifeline of this emotional thriller 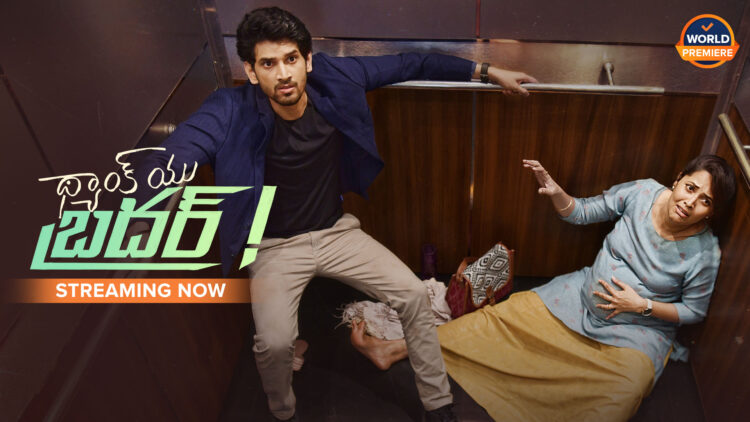 The advent of OTT has opened up many avenues particularly the regional cinema has got a shot in the arm with many popular multinational digital platforms rooting for regional films. This has paved way for creation of many regional OTT channels and prominent among them is Aha that has become an ideal platform for small films like Thank You Brother. This film which was originally slated for a theatrical release has opted for a digital release on Aha which was a wiser decision by all means.

Both had their cups full of woes. The individual with devil may care attitude and a mother-hater from a broken family who suddenly becomes penniless and a pregnant widow who lands up in financial crisis due to death of her husband face each other under peculiar circumstances who are poles apart in their personalities, behaviour and mind sets.

So how do these two turn compassionate and how they start seeing the life from a different perspective after the ordeal which drives them to a panic situation are the main takeaways of Thank You Brother. What transpires between them in the elevator and how the situation around them along with challenges hurled by the life drive them towards self realization is the cornerstone of Thank You Brother.

Anasuya who in addition to her glamour doll and item girl image keep attempting these kind of uncharacteristic and deglamourized roles to prove her acting skills and she never disappoints as far as her performances are concerned starting right from Rangasthalam to Thank You Brother. This will be the best performance by her which is going to give her immense self-satisfaction as an actor.

Viraj too showed shades of maturity on par with Anasuya, particularly during climax scenes he stole the show with impeccable performance.

Archana Ananth and Anish Kuruvilla as parents of Viraj are in their elements whereas Harsha, Mounika Reddy, Kadambari Kiran and Annapurnamma have chipped in with decent performances.

Touted to be a thriller, the director Ramesh Raparthi fumbled in the execution and dragged the narrative unnecessarily in the initial stages by overdoing the flashback episodes. The screenplay should have been more crispier to make the narrative more gripping so that the film could have engaged the audience from the beginning itself. Except this glaring loophole, Ramesh has succeeded in building the tempo towards the climax session without any further deviations which is quite appreciable.

Suresh Ragutu’s awesome cinematography despite several constraints is praiseworthy and it has created the right ambience for the plot to progress forward.

Guna Subramanian’s music sounds good in the latter part. But it should have been a wee bit more appealing as the BGM contributes a lot to elevate this kind of emotional thrillers to the next level.

Its a must for Anasuya fans who want to see her in a different look and character. A little care in screenplay in this 96-minute long film with some judicious editing would have done wonders for Thank You Brother. Anasuya being the lifeline of this emotional thriller, give it a try for her if you can overcome the initial disillusionment.

Zack Snyder on zombie thriller 'Army of the Dead'