‘The Boy From Medellin’ : A overwhelming journey of a reggaeton star

by Pradeep Kamadana
in Entertainment, Films, Reviews
Reading Time: 2 mins read
8
A A
0 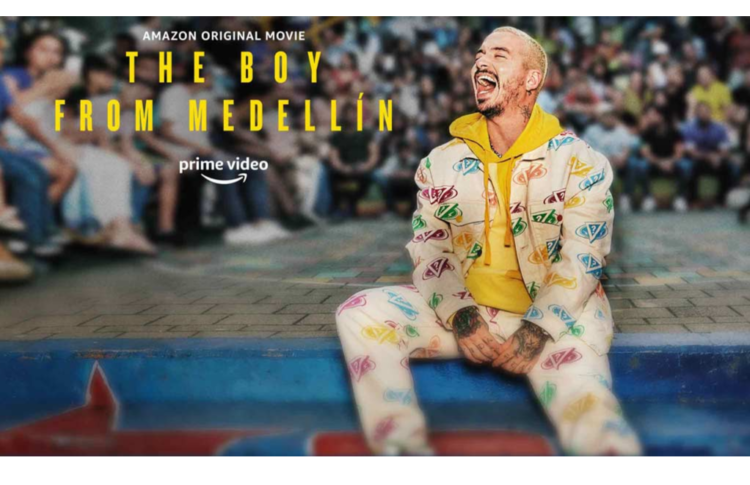 Some documentaries are made with an intention to glorify by concealing the facts and some were made to present the authentic side of a celebrity individual. The Boy From Medellin, which is streaming on Amazon Prime indisputably belongs to the second category where it depicts the journey of the famous Latin American Reggateon star J. Balvin.

Academy Award nominee and Emmy-winning director Matthew Heineman’s documentary The Boy From Medellin dwells into the struggle faced by Balvin in course of one week when he is going to perform at his home town Medellin.

The political turmoil around Balvin and the civil war that is going on makes him jittery and gets on to his nerves as he has to make his stand clear in view of growing requests from his fans and followers to speak up for the people.

We see glimpses of his life, his struggles from the days when he worked as a painter and later as a night singer on the streets of Miami. There is less music and more life in this documentary on the Grammy winner which showcases his all-round personality in a nutshell.

He was targeted and trolled for being apolitical and neutral responses to the oppression by the Columbian authorities and shared his inner feelings to a TV journalist, “It pisses me off what’s going on. I don’t support what’s being done to the people. But here’s the thing, Regardless of what I say, people will still be upset with me. Those criticising me for not caring have no clue how hard I’ve had to work for everything. They are in difficult circumstances, but am I the one to blame for it? I don’t see my name on the ballot box,” said an annoyed Balvin.

Heineman has aesthetically blended all the features by using the snippets from stage performances, conversations and residence video-like scenes of Balvin that gave The Boy From Medellin a authentic touch albeit some loopholes in presenting the documentary in its totality as a result it  ended up on wanting more note.

RGV's OTT platform 'Spark' to launch on May 15

'Tune': A sweet short film about music and love