Anasuya’s ‘Thank You Brother’ to premiere on Aha 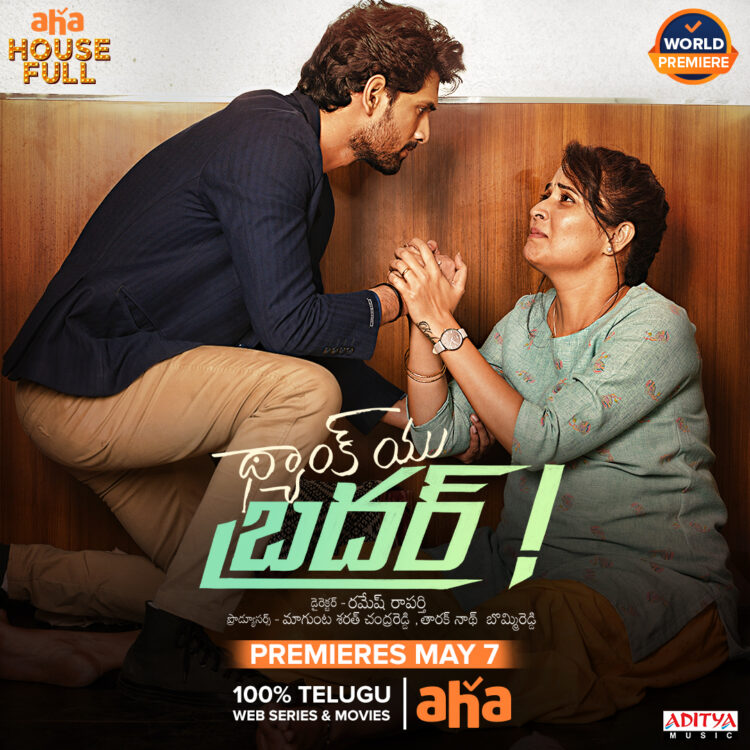 6
SHARES
16
VIEWS
Share on FacebookShare on TwitterPin itEmail this Post
Thank You Brother, featuring Viraj Ashwin and Anasuya in the lead roles is going to premiere on leading Telugu digital platform Aha on May 7.
Directed by Ramesh Raparthi and produced by Magunta Sarath Chandra Reddy, Thank You Brother revolves around a hot-blooded youngster and a pregnant woman stuck in a non-functional passenger lift.
This film was initially slated for a theatrical release in this month but due to the severity of second wave of corona virus, the makers have opted for an OTT release.
Thank You Brother which is full of  twists and turns laced with right blend of emotion and drama stars Anasuya Bharadwaj, Viraj Ashwin, Monica Reddy, Harsha Chemudu, Archana Ananth, and Aadarsh Balakrishna in important characters.