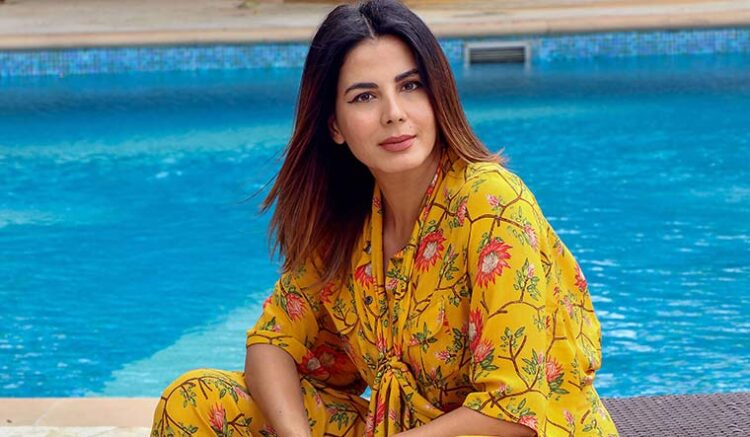 Kirti Kulhari has carved a niche for herself by portraying different kind of characters in films as well as web series. Kirti who made her debut with the film Kichdi : The Movie in 2010 has come a long way till The Girl on The Train and her performance in films like Uri and Mission Mangal has made her a household name. Her performance levels reached a new high with the web series Four More Shots Please and Criminal Justice where she played very different and distinct characters. These series made her the most talented and versatile actresses in Bollywood as more than anything else, the characters portrayed by her speak everything about her potential rather than words.

Shaadisthan is another film which is all set to show Kirti in a new dimension as can be seen from the first look shared by Kirti herself on the micro blogging site Twitter. She is all excited to share the first look of Sasha played by her in the film with a note, “Hello hello… Jump on the bandwagon and join ME aka #Sasha and her band, as they drive around the roads of friendship, love and life”.

The uber cool look of Kirti itself is special in a red checkered shirt over a white tee teamed with ripped blue denims and brown shades that added more fizz to her appearance. The back drop showing a vehicle with the words Artist on it evokes more interest as its going to be an altogether different journey with Kirti who mostly will be playing the character of an artiste who will be travelling in quest of love, friendship, and life.

Shaadisthan also stars Kay Kay Menon, Nivedita Bhattacharya and Rajan Modi among others. Produced by Famous Studios and Opticus Inc., the actor-writer Raj Singh Chaudhry is making his debut as director for this film.

Shaadisthan which is to premiere very soon on the leading digital platform Disney+Hotstar will unveil a different Kirti Kulhari who undoubtedly gives out yet another over the top performance that can be cherished for a long time.