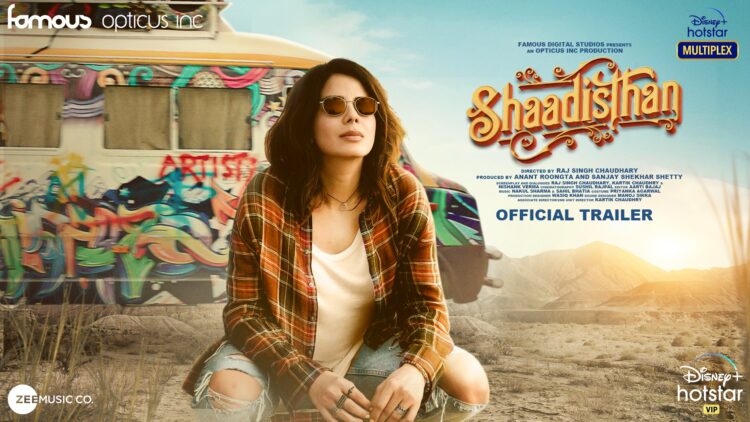 The trailer of Shaadisthan released on Friday depicts love, friendship, drama, emotions, and music in the life changing journey of Sasha played by Kirthi Kulhari who is seen in an entirely different look and character.

Kirti Kulhari on her character Sasha had said, “I could instantly relate to my character Sasha – an unapologetic, strong and confident young woman who lives life on her own terms, strives to shatter stereotypes and isn’t worried about being judged by anyone. Shaadisthan is not only an entertaining movie but also holds a mirror to the society and the conditioning it imposes on people and how people live by it as if it’s their truth.”

The journey of four musicians from Mumbai to a small village in Rajasthan passes through various phases of life. The eighteen year Arsha finds herself caught between her own desires, aspirations to live the life of her choice much against the wishes of her parents who on the contrary like Arsha to tread the path decided by them. The chaos that resulted compels her parents Sanjay and Kamla Sharma embark on a journey with four musicians-Freddie, Imaad, Sasha, and Jigme in a camper van where they are exposed to the harsh realities and experience a new way of living.

The wider gap of generations, the culture, the tradition, the habits and above all the universal language of music which is the common bond irrespective of everything else, gets unfolded during the 24 hour trip representing two diversified mindsets, one rooting for freedom and another emphasizing on the beauty of traditions.

Shaadisthan  will premiere on the leading OTT platform Disney+Hotstar VIP on June 11.

Asha Negi on the road to rediscovery in ‘Khwabon Ke Parindey’