by Pradeep Kamadana
in Entertainment, Music
Reading Time: 1 min read
6
A A
0 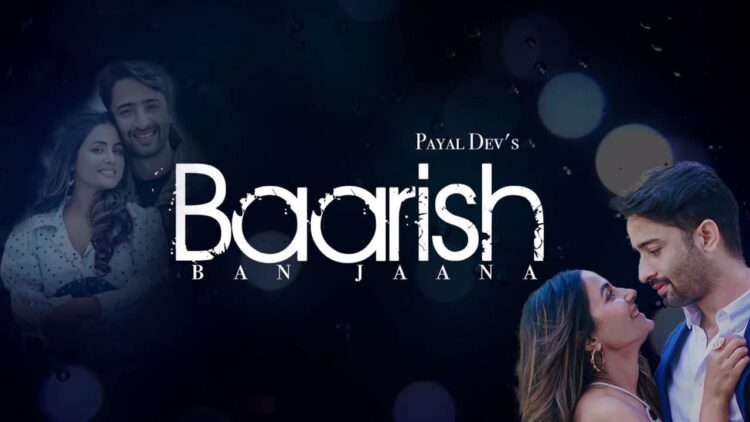 The celebrity couple Hina Khan and Shaheer Sheikh who broke up recently have come together to reminisce the pain and longing of love in the music video Baarish Ban Jaana which is creating wonders on all music channels.

The chemistry between this couple is the redeeming feature of this song which was picturized in the picturesque locales of Kashmir. Hina and Shaheer are at their natural best and they seem to be living through all the shots instead of acting or performing in the song. This is the overall beauty of the song that is quite refreshing all through. The expressions they have displayed and the way they enacted their emotions and conflict that engulfed their hearts were top notch as both have precisely conveyed the pain behind the separation with great conviction.

The music composed by Payal Dev who had sung with Stebin Ben was extremely heart touching and their voices sound quite magical all through the song. The lyrics of Kunaal Vermaa are meaningful and reflect the exact mood of the parted couple. Piyush Puty’s captivating frames are a feast to the eyes and the final shot was the classic one among all.

Baarish Ban Jaana  produced by VYRL Originals, a sequel to the earlier successful music video Baarish featuring Mohsin Khan and Shivangi Joshi is now soaring ahead garnering more accolades along with collecting tons of likes and love for both Hina Khan and Shaheer who make a lovely couple on the screen if not in real life.