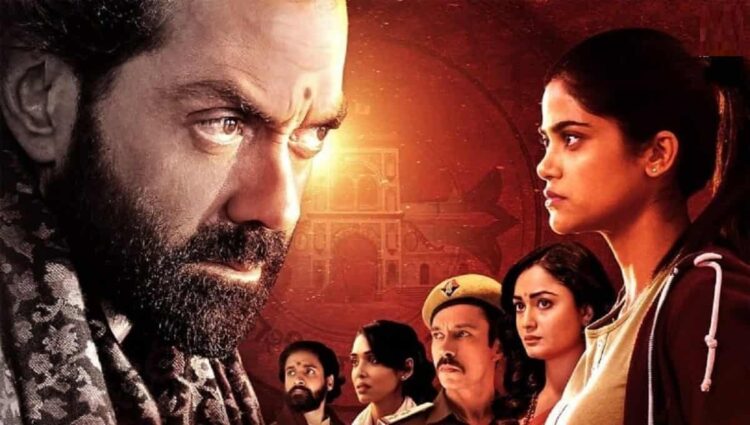 Downslides into a predictable politics and crime trap

The first part of Aashram, a Prakash Jha Productions series has won many laurels from audience and critics as well due to its content revolving around blind faith. It remained inconclusive with Kashipur Waale Baba Nirala spreading his tentacles to all the corners including a game-changing role in politics in this second part of the series that is streaming now on MXPlayer.

As mentioned aptly in the tag line, the darker side of Baba (Bobby Deol) gets more prominence than everything else. His seductive tactics, political wheeler-dealings, the lust behind those deceptive eyes, and the wickedness in every move become more apparent as the story progresses in this new chapter.

The war between Chief Minister Sunder Lal (Anil Rastogi) and his opponent Hukum Singh (Sachin Shroff) turns more intense with elections around the corner. Baba and Bhope (Chandan Roy Sanyal) who doesn’t want to lose this opportunity to extort money from both the parties make them dance to their tunes with the courtesy of pop icon Tinka (Adhyayan Suman) in the form of musical concerts in all the constituencies targeting the youth with music and drug-laced laddoos.

Finally, better sense prevails over Pammi who realizes the true face of Baba but it’s too late as she has to face the wrath of Bhopa who makes her life miserable by eliminating her family members.

Meanwhile, the plan of Ujagar and Natasha to expose Baba goes kaput and they are back to square one as all the evidence that was painstakingly collected against Baba going into the wrong hands.

The story of the present chapter again ends inconclusively with Pammi on the run with Akki (Rajeev Siddhartha) rescuing her from Bhopa and his gang.

And Hukum Singh becomes the Chief Minister which means more freehand to the atrocities of Baba who is now going to play a major role in redesigning the political map of the State.

Bobby is in his usual self carrying forward from where he has left in the first chapter by portraying all the different kinds of shades quite effectively for one more time with the animal inside him getting unleashed in many ways and hues.

It’s Aaditi who is seen in a changeover character getting the bigger slice of scenes and she is going to steal many hearts with her highly matured and dignified performance along with the charm she exudes all through this chapter. The makeover from a docile and obedient disciple of Baba to a ferocious fighter is the most noteworthy aspect in this outing which illustrates the acting potential of Aaditi. Way to go girl!

Tridha Choudhury is another actor who can simply perform with her eyes and she too played the character of Babita quite convincingly adding the spark to the proceedings.

All others, Anupriya, Dimpy Mishra, Midhat Ulla Khan, Parinitaa Seth, Anurita Jha, and Vikram Kochhar have done well but it’s the female protagonists who have got more important roles to play and they all did exceptionally well to ensure that Aashram does not get plodded down.

The nexus between politics and crime was once again exposed with the stamp of Prakash Jha continuously visible all through the series.

The editing by Santosh Mandal is less engaging than the first chapter as the 9 episodes in the second outing look a wee bit extended.

The momentum when compared to the first chapter got reduced due to more emphasis on establishing political connections as a result the series downslides into a predictable politics and crime trap (maybe the long break between two parts also could be the reason).

The scenes of concerts and the political showdowns between rival political parties could have been cut short to make the second chapter more sharp and fast-paced.

If Aashram has to sustain the viewership it enjoyed in the first part, the third chapter should be made compact by chopping off unnecessary footage so that the series can be concluded without procrastination and further extensions.