‘Spin’ Review: A delightful treatise on a teenage girl’s dreams and aspirations 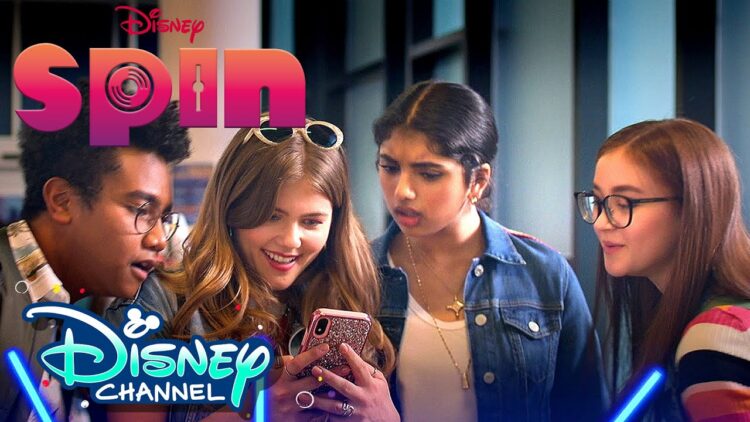 We rarely get to see films depicting two different cultures and one of them is Spin from the house of Disney featuring the first Indian American to play the lead which is streaming now in India on Disney+Hotstar. It’s about a teenager’s struggle to express and pursue her choices in line with the values inherited from the family.

Rhea (Avantika Vandanapu) whose family was into the restaurant business had their roots in India. Rhea actively lends a helping hand to her father Arvind (Abhay Deol) and Grandmother Asha (Meera Syal) during her free time in running the restaurant along with her younger brother Rohan (Aryan Simhadri).

Everything goes well and Rhea’s ear for music reverses her priorities and her chance meeting with Max (Michael Bishop) a budding DJ made her aspire to become a DJ. But how is she going to cope up with this multitasking is the million-dollar question whose answer can be found only by watching the film till the end.

We rarely see Indo-American actors featuring in films that originate from the studios of Hollywood. Mytreyi Ramakrishnan is one teenage actress who carved a niche with her Never Have I Ever web series and now it’s Avantika Vandanapu who had lit the screen with her sparkling presence. Vandana, the multi-talented girl impresses a lot with her performance too. Girl, way to go!

Quite interestingly, Vandana made her debut as a child artiste in the Telugu film Brahmotsavam followed by a couple of films Manamantha and Premam which paved the way for her acting career.

In other important characters,  Anna Cathcart as Molly, Jahbril Cook as Watson, and Kerri Medders as Ginger are terrific while our own Abhay Deol made his mark as a doting father who wants his daughter to pursue her dreams without any hindrance whatsoever.

Manjari Makijany who proved herself as a sensible director with Skater Girl http://snooper-scope.in/skater-girl-review-a-heart-touching-story-of-love-tears-and-triumph/ has touched yet another sensitive subject about the psyche of a teenager against the backdrop of cultural diversities.

The characterization of Rhea as the typical Indian girl who gives utmost importance to family values and relationships was done meticulously by Manjari. The screenplay by Carely Steiner and Josh A Cagan also made a key contribution to the narrative of Spin to be slick and neat.

Next, it’s the music and that foot-tapping number ‘It’s All Music’ jam including ‘Zinda Hoon Main’ sung by Pratibha Singh Baghel, and the Salim-Sulaiman composed track ‘Pakki Yaariyaan’ sung brilliantly by Sunidhi Chauhan and Sukhwinder Singh were the other main attractions of the Spin.

Spin was a lovely treatise on a teenage girl’s dreams and aspirations that should not be missed. Moreover one cannot stop loving Rhea and everyone root for her from the bottom of heart as she is such a sweet nice girl to have around.

'200 Halla Ho' Review: A bold depiction of the uprising by women