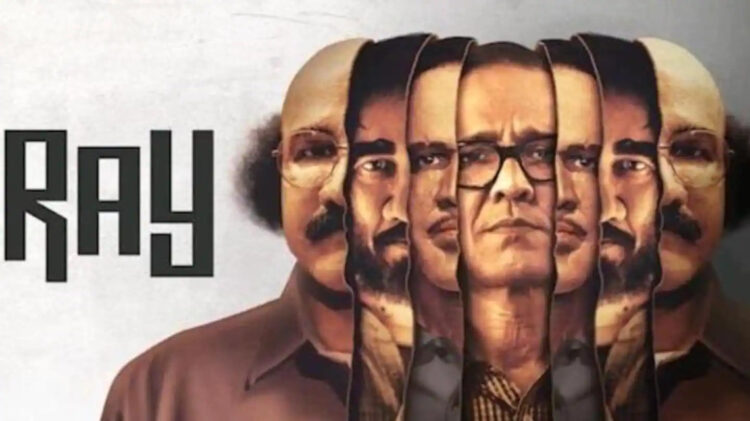 The four short stories of legendary film maker Satyajit Ray are being made into an anthology titled Ray which will stream on Netflix on June 25, 2021.

Helmed by award winning directors, the National Award winner Srijit Mukherji, the Filmfare award winner Abhishek Chaubey and Cannes Film Festival nominee Vasan Bala, the anthology traverses through prototypical phases of the lives of the individuals exposing their vulnerabilities, fears, and all.

The episode one, Hungama Hai Kyon Barpa directed by Abhishek Chaubey stars Manoj Bajpayee and Gajraj Rao took place against the back drop of a train journey which lead them to discover their past.

The second episode, Forget Me Not, directed by Srijit Mukherji features Ali Fazal and Shweta Basu Prasad is about a chance encounter between them under unexpected circumstances.

The third episode Bahrupiya directed by Srijit is about a makeup artiste who hates his job amidst failing relationship and a burdened life features Kay Kay Menon and Bidita Bag in the lead roles.

The fourth episode titled Spotlight is directed by Vasan Bala and features Harshvarrdhan Kapoor who plays the role of a typecast actor and wanted to break loose from his image groove.

All these stories make a wholesome effort to understand various perspectives and phases of life in different contexts as evident from the teaser launched on Friday.

Ray, a real tribute to the country’s most admired storyteller in this centenary year is poised to add more value to the varied content of the digital giant Netfilx which is coming out with many more exquisite originals, series, shows, and sequels on its platform in coming days.

‘Maharani’ Review : A riveting political drama with a difference