‘Maharani’ Review : A riveting political drama with a difference 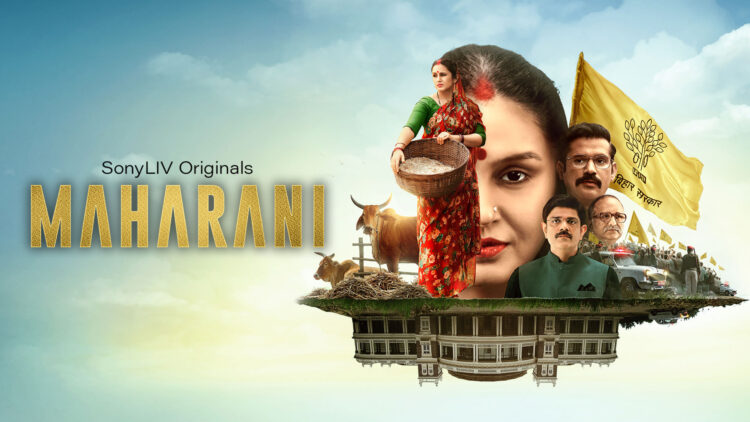 Women played key role in Indian politics starting right from Vijaya Lakshmi Pandit to Mamata Banerjee. Some have worked for people while some for power and few to fulfil the whims and fancies of their family members. One such story is Rabri Devi’s political upheaval as Chief Minister of Bihar in 1997 which was the inspiration behind Maharani, the SonyLIV web series which is streaming now.

The Chief Minister of Bihar, Bheema Bharti (Sohum Shah) gets bed ridden due to an assassination attempt. In order to save the throne from his detractors and continue in the power, he plays the trump card in the form of his wife Rani (Huma Qureshi). Rani who is far away from all this political imbroglio becomes Chief Minister of the State at the behest of her husband.

With no political knowledge and lack of knack to outwit her opponents, particularly the likes of Brahmin leader Navin (Amit Sial), Rani need to tread on the path of thorns with great care and caution identifying her friends and foes in the process.

Rani’s transformation from a semi-literate mother of three children to the highest echelons of power and how did she faced and thwarted the challenges hurled at her is the remaining story of Maharani.

Huma Qureshi shoulders the entire series with ease and perfection. She along with Kani Kusruti who played the right hand role of an IAS officer Kaveri Sreedharan has nailed the characters effectively and gave Maharani a distinct aura that was inimitable.

In other characters, Sohum Shah gets the maximum marks with his impeccable acting potential who carried the character of Bheem with utmost brilliance.

Amit Sial as Navin, the upper caste opponent of Rani and Bheem was at his best as usual and puts up a laudable performance exhibiting his superb acting skills once again.

Pramod Pathak, Atul Tiwari, Vineet Kumar, Kannan Arunachalam, and Sudhanva Deshpande have given convincing performances in significant characters to give Maharani the much required extra edge.

Created by Jolly LLB and Madam Chief Minister fame Subhash  Kapoor, co-written by Nandan Singh and directed by Karan Sharma, Maharani, no doubt was a riveting political drama with a difference.

But halfway through this 8-episode series, it slips into the groove of the age old caste politics which in turn gets predictable as story progresses which was the main drawback in the series.

Another thorn in the flesh of Maharani is the shadow of Prakash Jha’s Raajneeti hovering all over the series and also the relevance of it’s plot to the current day politics acted as the spoiler for Maharani. This has hindered the narrative to a large extent, as a result, the audience who expect something more exciting get disappointed.

Karan Sharma, however has done a decent job in presenting the series with conviction and the way he made it engrossing despite many pitfalls was commendable.

Anup Singh’s cinematography was topnotch while the Mangesh Dhakde’s background score was an asset and the splendid production designing by Vikram Singh gave Maharani a distinct look on the screen.

Political dramas are not a cup of tea for everyone. Maharani is the right kind of staple for those who want to have a sneak peak into the darker corridors of power.

For the ensemble star cast and power packed performances by the lead actors, Maharani is worth enough to give a shot without any expectation at the back of the mind.

‘Sunflower’ : An amusing crime-com is on the cards