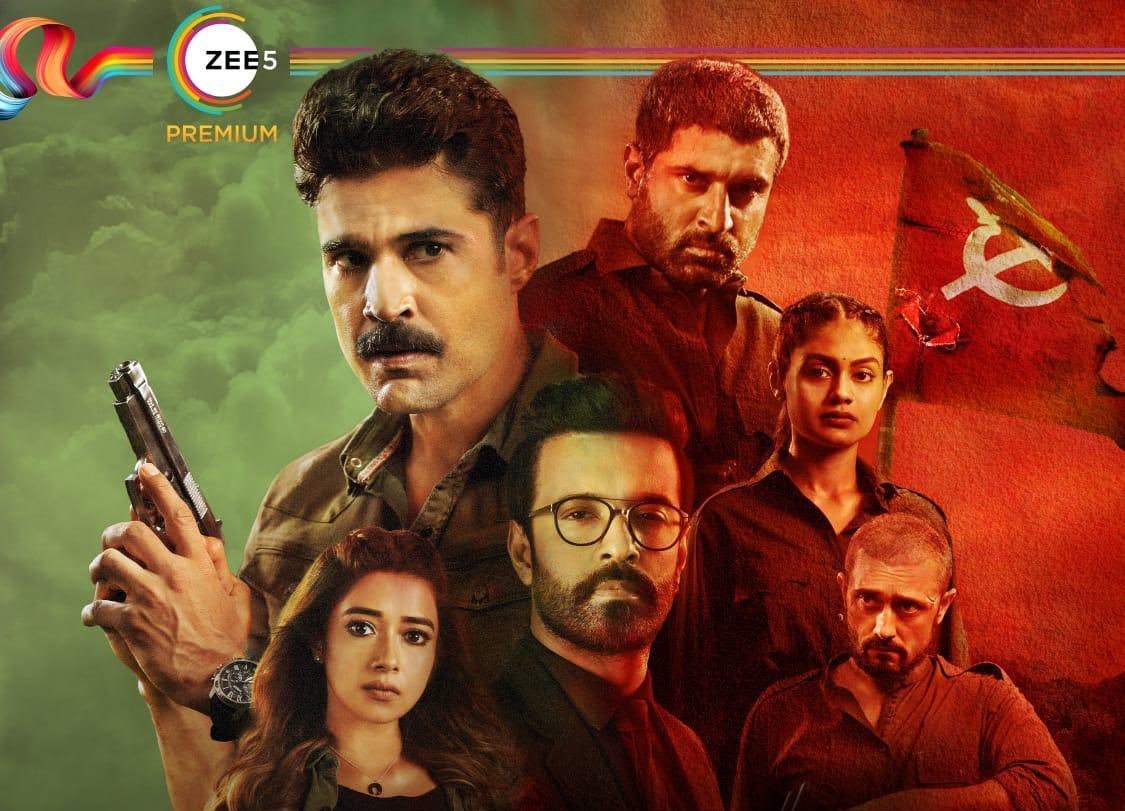 A compelling thriller with topical content and a different backdrop

The Naxalite movement which has its roots in Naxalbari in West Bengal has gone through several phases resulting in emergence of many splinter groups embracing different ideologies and agendas. As a result, the fight against exploitation has assumed different patterns while personal annihilation and internal squabbles taking the front seat thereby throwing the ideology to the winds. The web series Naxalbari, Thok Ke Badla streaming now on Zee5 is based on the theme of Naxalite movement along with exposing various other contemporary issues that are prevalent in society.

It starts with the ambush of the convoy of the MLA in Gadchiroli that sent shock waves down the spines of Government and corporates as well who are hell-bent on constructing a mining plant FICA (Ferro Industries Corporation and Association) at the same place by displacing several villages.

The ATS hit men Raghav (Rajeev Khandelval) and Mohit (Sameer Roy) succeeds in apprehending a sympathizer and arms supplier who is helping Naxalites. As a retaliatory attack, the Naxalites headed by Binu (Shakti Anand) and Pahaan (Satyadeep Misra) kidnap Raghav demanding the release of their men from the custody of the police.

Also, the corporate politics gets murkier with the FICA getting clearance from Government and its inauguration by the Chief Minister provides an opportunity for Naxals to prove their strength by attempting something big on this occasion.

Who gained upper hand and how ATS succeeded in thwarting the disruptive tactics of Naxalites is what the remaining story of Naxalbari is about.

Rajeev Khandelwal is an actor who performs by owning any character that comes to him and he does his best to enhance the character by his impeccable talent and finest performance in any kind of genre. His performance in Naxalbari is another example of this and his presence is the biggest asset and his performance a redeeming feature of this series.

Many more excellent performances came from Shakti Anand, Satyadeep Misra, and Tarun Arora in a powerful character as IGP Pathak along with Narayani Shastri as pseudo environmentalist Sudha, Tina Dutta as Ketki, and Sreejita De as Prakruthi giving out their best making the whole Naxalbari richer and emphatic.

Above all, Aamir Ali appears in a pivotal role which holds the key to the whole series and he delivered a splendid performance which remains a highlight of Naxalbari.

The director Partho Mitra has transformed the story onto the screen in a highly commendable manner especially the way he maintained the suspense throughout the series is remarkable.

While the startling revelation during the climax is spellbinding, the canvas against which the climax was set should have been changed a bit as it lacked variety and resembles 26/11 attack based films.

All those forest scenes and action scenes are very well captured by the directors of photography Hari Nair and Modhura Palit whose effort is evident in every frame which looked quite lively and refreshing.

Similarly, the background score by Paresh Shah flows with the narrative, and the title track by Ravi Singhal which is heard quite often during the series have added extra buzz to the series.

Naxalbari exposes the most contemporary issues of environment and dirty politics played by corporates to promote their interests which is another redeeming feature of this series. The writers and director have succeeded in reiterating this point quite effectively with brilliant characterization and powerful narrative that makes this series highly watchable.

Naxalbari, Thok Ke Badla is a compelling thriller with topical content and a different backdrop comprising of appealing technical elements that deserve to be binge-watched without any hesitation.