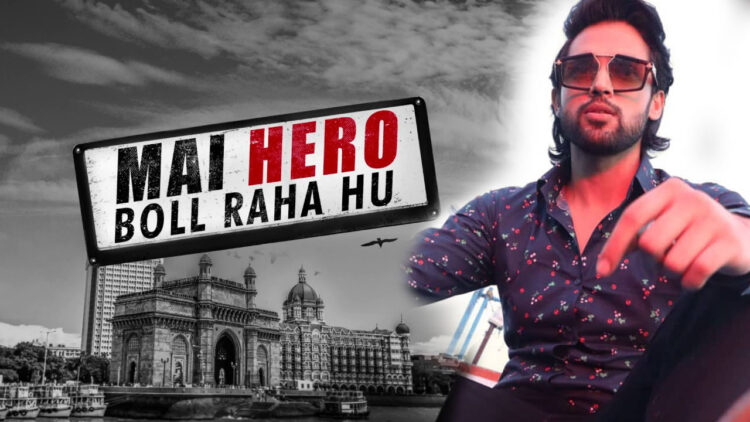 We saw it in Deewar of yesteryears which catapulted Amitabh Bachchan into big league. Afterwards the same formula of an ordinary boy turning into gangster movies ruled the Bollywood for quite long time. Mai Hero Boll Raha Hu is yet another copy paste story of a gangster in a web series streaming on ALTBalaji and Zee5.

A young goon Nawab (Parth Samthaan) from Bareilly runs to Mumbai with big dreams and turns into a gangster. Don Lala (Arslan Goni) gives him refuge and trains him to rule the Mumbai underworld.

Once in limelight, Nawab fell for the beautiful starlet Laila (Patralekha Paul). Interestingly, Mai Hero Boll Raha Hu turns into a love triangle with Lala also vying for the same girl. So its turn for both to outsmart the other and prove their power and strength to win the girl. Who wins in the end and what happens to Nawab is the remaining part of the story.

Its a cake walk performance for Parth Samthaan who eases through the role of Nawab with aplomb and confidence in his digital debut. He is the saving grace of this otherwise dull storyline. The scenes particularly where he enacts the 90s look with great style are a special attraction and he deserves all the accolades for his sterling performance.

Patralekha Paul spreads the required glamour in the series and chemistry between Parth and Patralekha touches new equations.

Ankit Gupta as Sachin Kadam in a typical encounter specialist character and Arslan Goni along with Chandan Roy Sanyal as Mastaan Bhai have streamed through their characters with grace and perfection.

The 13-part series written by Suparn S. Varma based on real life incidents and directed by Siddhartha Luther moves in a predictable way in the form of a typical gangster series which we have seen umpteen times dotted by gun fights, bloodbath, and revenge sagas in addition to a love triangle for a change.

Music by Udbhav Ojha though loud at times managed to uplift the mood of the series while the dialogues of Saarthak Juneja fit the bill. The cinematography by Shanu Singh Rajput and Vikas Arora’s editing are passé while the costume designing by Pampa Biswas stands apart.

A watchable fare though may not be enjoyable for those who are quite familiar with gangster movies. But its Parth Samthaan who steals the show and he is the truly real hero in this Main Hero Boll Raha Hu. Give this a try for him!