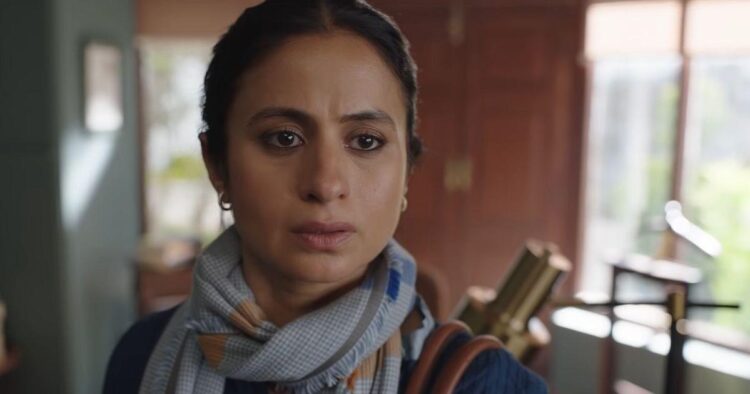 Dr Meera Kapoor (Rasika Dugal) and Akarsh’s (Purab Kohli) intriguing marital drama Out of Love takes a revenge mode in the Season 2 that is going to stream from April 30 on the popular digital platform Disney+Hotstar.

Rasika Dugal who essays any character with immense ease and grace is going to display her immaculate talent once again and Purab too looks handsome with a performance that is next to perfection. Both have shown superb involvement throughout the series to present a different kind of mind game between an estranged husband and wife in an effective manner.

Rasika Dugal shared about the new season, “People deal with betrayal in different ways and this season dives into the feeling of revenge. For me, it was an opportunity to explore Meera Kapoor further and delve into her unpredictability. I am eager to see how audiences respond to this season.”

Purab Kohli too chipped in, “Season 2 of Out of Love is psychological warfare. Manipulation is second nature to Akarsh’s character and he is willing to go to any lengths in destroying Meera. The level of tension between the characters and intense moments fuelled by several plot twists will keep the viewers guessing till the very end.”

The picturesque locations of Conoor provide the perfect backdrop for this season which gets more darker and bitter. Produced jointly by Sameer Gogate and BBC Studios, Oni Sen is the director of the new series of Out of Love written by Preeti Mamgain, Rajesh Chadha, and Elisha Chopra.

Meenakshi Chaudhary, Sanghmitra Hitaishi, Harsh Chhaya, Ekavali Khanna, Suhaas Ahuja, and Kabir also play important characters in Season 2 which unfolds the new kind of revenge. How and where this hostility leads Akarsh and Meera will be known only on April 30.