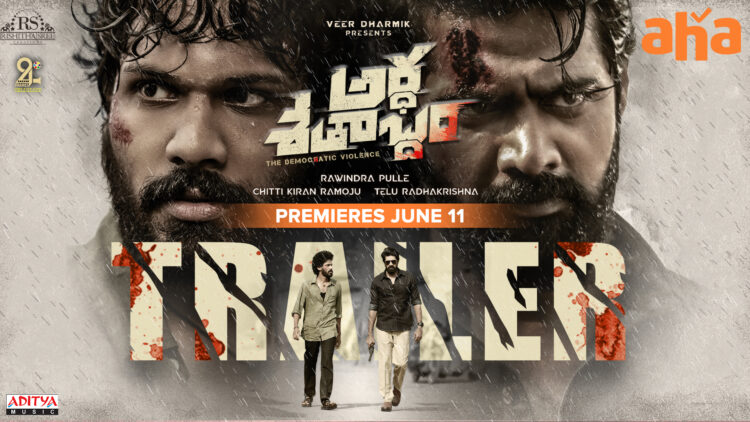 Ardha Shathabdham which is waiting in the wings for the release for last so many months has now finally found the premiere date allaying all speculations. It is now going to premiere on the leading Telugu digital platform Aha on June 11.

Ardha Shathabdham could not make it to the theatres due to the lockdowns and increasing second wave of Covid-19 pandemic in the country and has postponed its release date several times due to the prevailing situation.

Ardha Shathabdham with the tag line The Democratic Violence is an intense romantic political action drama surrounding struggle for love amid the turbulent political backdrop engulfed by flaring caste discrepancies that took place during the half century from 1950 to 2003.

The music composed by Nawfal Raja ASI has already become a big hit as the songs ‘Ye Kannulu Choodani’ soulfully sung by Sid Sriram and ‘Meriseley’ by Shankar Mahadevan have become immensely popular adding more positive flavour to this film.

The trailer of Ardha Shathabdham released today was quite appealing as it effectively depicted the love of Krishna and Pushpa getting entangled in between the warring groups throwing them into the emotional turmoil.

The presence of ensemble star cast is another plus for this film which promises to be a sure shot winner all the way.