by Pradeep Kamadana
in Entertainment, Film, News
Reading Time: 2 mins read
7
A A
0 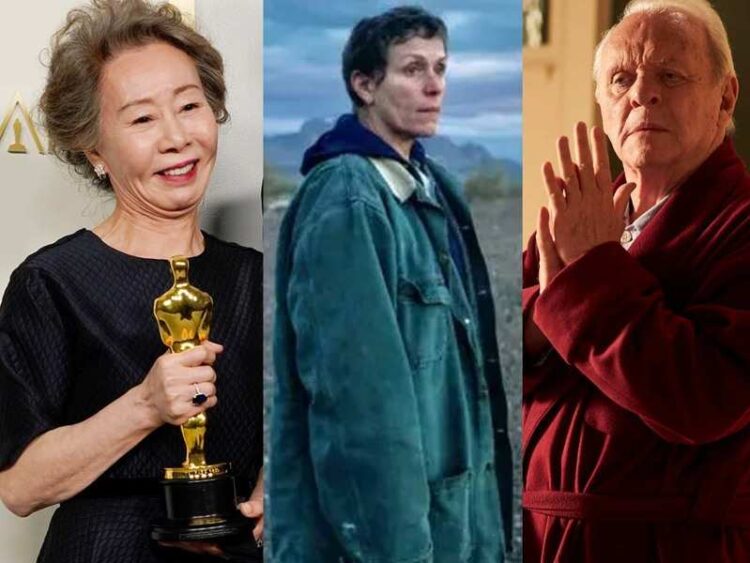 Due to Covid-19 pandemic, the 93rd Academy Awards were held on Sunday amidst closed doors in the presence of only nominees, their guests, and presenters at multiple locations.

Best Picture award was bagged by Nomadland which is based on the community of van dwellers of Western America. Chloe Zhao won the best director award for Nomadland while Frances McDormand won the best actress award, her third Oscar which made her join the elite club of Meryl Streep, Daniel Day Lewis, and Jack Nicholson who won three acting Oscars.

The best actor award was won by the veteran Anthony Hopkins for The Father who won earlier for his performance in The Silence of the Lambs.

The most popular film Tenet has won the Oscar for Best Visual Effects and the popular digital platform Netflix bagged the award for Best Animated Short Film for If Anything Happens I Love You.

Best Animated Short Film
If Anything Happens I Love You

Best Original Song
Fight for You

Anasuya’s ‘Thank You Brother’ to premiere on Aha