by Pradeep Kamadana
in Entertainment, Listicles
Reading Time: 8 mins read
A A
2 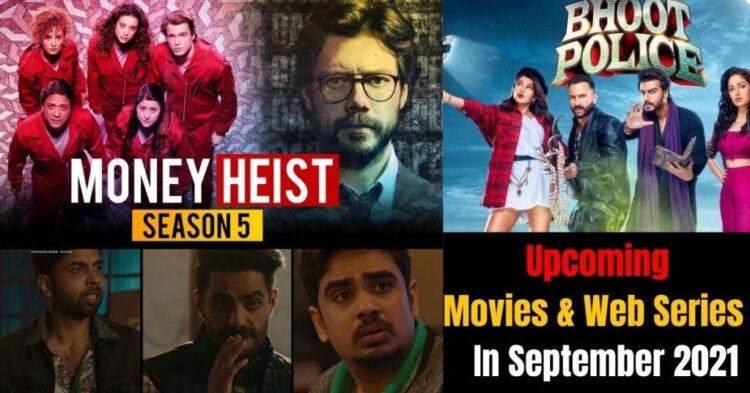 The month of August was promising as far as opening of theaters is concerned which left a good sign for the future. Most awaited films like Bell Bottom and Chehre in Bollywood were released in theaters whereas Tollywood also has seen the release of films S.R. Kalyanamandapam, Raja Raja Chora, Sridevi Soda Center, and Ichata Vahanamulu Nilupa Radu etc. in theaters giving rise to hope among the industry circles.

The OTT players also increased their speed with some exciting films and series in August providing wholesome entertainment to the audience.

Come September, there are many more interesting titles ready for streaming on various digital channels that are going to up the entertainment to the new level.

Leading the pack is Money Heist Season 5 (Vol.1) which is going to stream also in Hindi, Tamil, and Telugu languages apart from English on September 3 on Netflix.

There are some more films and web series that are going to rock in September. Let’s take a look :-

Next to Money Heist, this highly anticipated film Black Widow, the action packed spy thriller from Marvel Cinematic Universe (MCU) movie which was released on July 9 will now be available for Indian fans in September 2021.

Camila Cabello, the renowned singer is making her debut in this modern day Cinderalla, the classic fairy tale on the lines of Beauty And The Beast and Aladdin from Disney.

Idina Menzel, Minnie Driver, Nicholas Galitzine, Billy Porter, and Pierce Brosnan are the other actors in Cinderalla who will be playing important characters.

The film will have a underlying message which revolves around a taboo subject condoms with a touch of comedy to sustain the interest of audience.

Into the Night Season 2

The first Belgian original series from Netflix Into The Night was successful and the first season landed in top ten of the platform and has become the most anticipated series from all sci-fi lovers across the world with a critics rating of 88% on Rotten Tomatoes.

Now the series is renewed for a second season with season one ending on a hopeful note for the survivors of the impending apocalypse.

Inspired by the Polish science fiction novel ‘The Old Asolod by Jacek Dukaj, Into The Night is all set to unleash more thrills in the second season.

The remake of the successful Andhadhun, Maestro starring Nithiin in the pivotal character along with Tamannah has opted for a digital release.

The dark comedy film with many hues will be a challenge for Nithiin who needs to enact a different kind of character that requires more subtlety in expressions, body language and mannerisms.

Along with Jisshu Sengupta, Nabha Natesh will play the character of lady love of Nithiin adding the glamour quotient to this highly gripping storyline directed by Merlapaka Gandhi.

Nikhil Advani, the creator of Mumbai Dairies: 26/11 has termed this series as a fictional retelling of the horrors of 26/11 Mumbai terror attacks from the perspective of the medical fraternity.

The sixth and final season of this fantasy series Lucifer will feature Tom Ellis, the global superstar for the last time in this highly successful series.

After a lot of dillydallying this Nani starrer Tuck Jagadish directed by Shiv Nirvana who earlier made Ninnu Kori is set for OTT release on the occasion of Ganesh Chathurthi.

Also starring Ritu Varma, Aishwarya Rajesh, and Jagapathi Babu, Tuck Jagadish is said to be inspired by Mani Ratnam’s Gharshana with rivalry between siblings becomes the central theme of this film.

Michael Schumacher is the legend in the Formula 1 Racing and his success story is being made into a documentary that will showcase some of the best moments in his racing career.

The documentary on this 7-time world champion will consist of archive footage, along with interviews of Schumacher’s family and some prominent names in the Formula 1 world. While the health condition of Schumacher is a matter of concern for his fans, this documentary will rejoice them by bringing to the fore all those glorious action back on to the screen.

Directed by Pavan Kriplani who earlier made Ragini MMS and Phobia, Bhoot Police is touted to be laughter ride with layers of sincerity embedded in it.

After successful Season 1 and Season 2, Sex Education has been renewed for third season by Netflix which released new posters recently depicting flower-themed portraits of Moordale students and staff.

One of the most successful shows of Netflix, Sex Education dealt with various critical difficult issues like gender identity, asexuality and sexual trauma.

An anthology of love comprising three stories directed by eminent directors Ashwini Iyer Tiwari, Abhishek Chaubey, and Saket Chaudhary depicts new relationships and heartbreaks where love will make a come back according to the caption released by the streaming platform Netflix along with the teaser.

The trails and tribulations of students who undertake coaching in various centres in Kota to crack various exams has garnered huge positive response when it was first streamed on TVF way back in 2019.

Directed by Raghav Subbu, the season two of Kota Factory once again focus on the struggles faced by the students in more engaging and realistic manner. 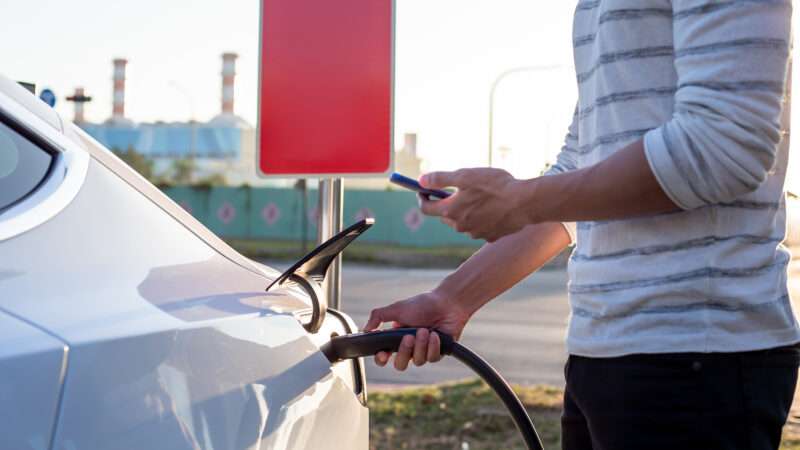 'Helmet' Review: Falls short of expectations despite the comedy touch