by Snooper
in Entertainment, Music
Reading Time: 2 mins read
A A
0 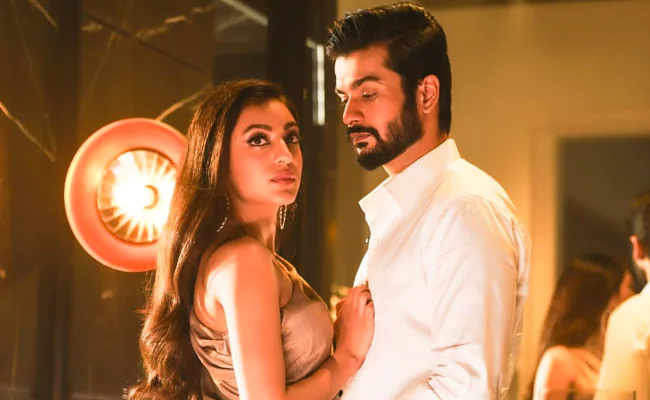 The musical giant T-Series is all geared up to release the love song ‘Ishq Mein’ featuring Sunny Kaushal and Sahher Bambba who appear for the first time together.

‘Ishq Mein’ whose teaser was released recently recreates the cute love story between Sunny and Sahher in this Meet Bros musical rendered mellifluously by Sachet Tandon reflecting the love, romance, insecurity, jealousy, and heartbreak with a tinge of qawwali and touch of rock.

Sunny Kaushal who romanced with Saiyami Kher in the music video ‘Dil Lauta Do’ will be seen making love to Sahher Bambba who is featuring for the first time in a music video.

Both Sunny and Sahher are equally ecstatic about their experience of shooting together in this music video which is being directed by Mahi Sandhu and Joban Sandhu of Be2gether with lyrics by Kumaar.

Sunny who is fully confident about the success of this song reiterates that the on-screen chemistry between him and Sahher will be the main highlight of the whole song and according to him it’s going to be different from his previous songs.

On the other hand, Sahher Bambba is also excited as this is her first music video and that too to feature in an amazing  song like ‘Ishq Mein’ that traverses through ups and downs of love makes her delighted. She too expressed that the audience will love watching herself and Sunny in this track.

The composer Meet Bros is optimistic and expressed with confidence that audience will love ‘Ishq Mein’ and it will leave an indelible mark in  the hearts of all lovers.

‘Ishq Mein’ will be releasing on T-Series YouTube channel and all other music platforms on Sept. 2.