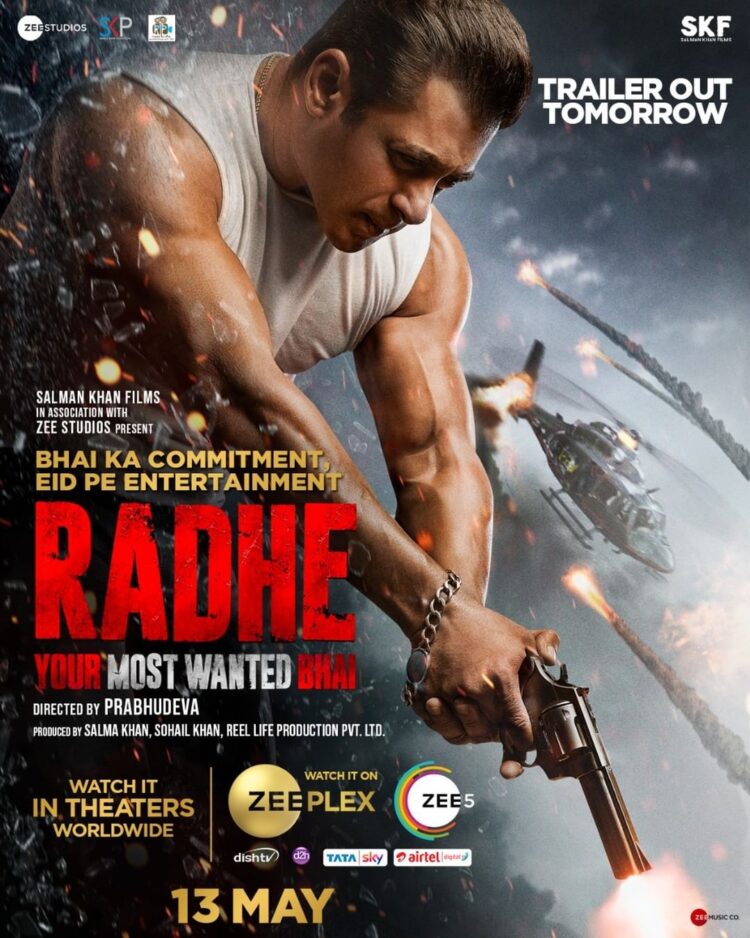 Directed by Prabhu Deva, Radhe : Your Most Wanted Bhai also stars Disha Patani, Randeep Hooda, Jackie Shroff, and Megha Akash in important characters. Jacqueline Fernandez is to feature in a special song in the film.

Radhe will be releasing in theaters as well on prominent digital platforms Zee 5 and Zeeplex, movie on demand platform whose trailer is going to be released on April 22.

An action entertainer with all ingredients to satisfy the fans of Salman Khan, Radhe is all poised to make it big. A spokesman from Salman Khan Films has added that the makers of Radhe wanted to give audience multiple options to watch the movie according to their choice hence Radhe will be streaming on OTT platforms as well as releasing in theaters. The viewers who want to watch in theaters need to follow all Covid-19 protocols that are in place in order to have theatrical experience whereas the audience too can enjoy the film from the comfort of their homes.