by Pradeep Kamadana
in Entertainment, Web Series
Reading Time: 1 min read
A A
1 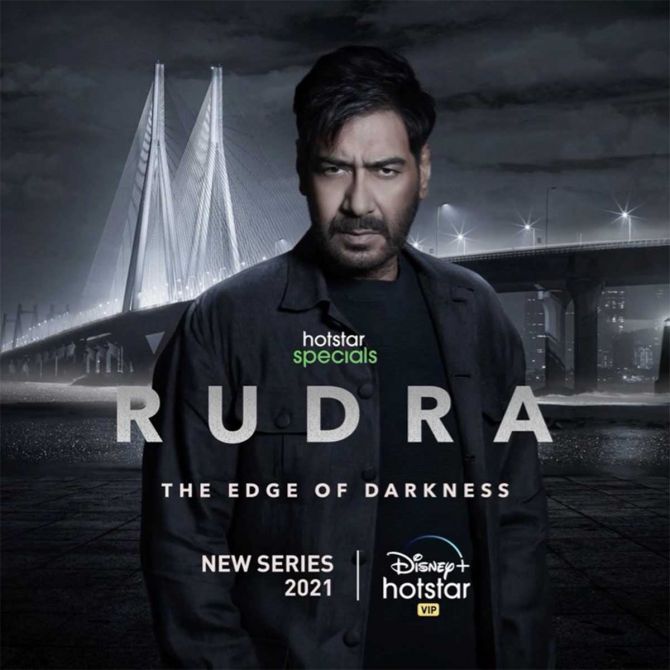 Disney+Hotstar is coming with a new crime thriller of the year, Rudra featuring Ajay Devgn who is making his digital debut. In a latest announcement, Disney+ Hotstar has released the first look of Rudra on twitter today. Rudra with a tag line ‘The Edge of Darkness’ shows Ajay Devgn in an intense no-nonsense no-compromise look.

Ajay Devgn will be obviously playing the character of a cop with a whodunit backdrop and Ajay is equally excited to share the teaser of Rudra by mentioning it as ‘a compelling and intriguing story’ and also added that this one’s going to be ‘killer’.

Touted to be a remake of popular British series Luthra featuring Idris Elba, Rudra will be shot in iconic locales of Mumbai. Rudra is bankrolled by Applause Entertainment in association with BBC Studios, India. This Hotstar Special will be streaming this year and it’s sure to enthrall the audience with edge of the seat sequences.