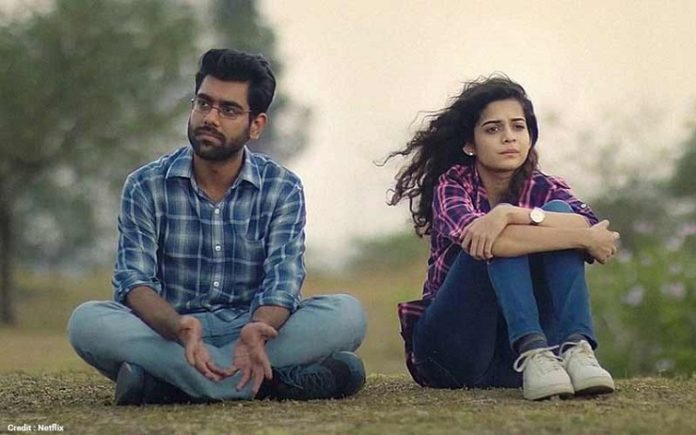 Little Things is an ode to a live-in couple of semi-modern India. Emerged as one of the most loved mini-series by the audience, it shifted from YouTube right after the release of the first season which gathered around 15 million views just within a few days to Netflix after they brought the franchise.

The first season of Little Things was released on Dice Media on 25th October in 2016, after the franchise was purchased by the well-known OTT platform, the second and third seasons streamed on Netflix on 5th October 2018 and 9th November 2019 respectively.

In the final season which is now streaming on Netflix, we are introduced to the last journey of the fun couple with us – Kavya Kulkarni (Mihika Palkar) and Dhruv Vats (Dhruv Sehgal) where they left it off on the third season.

The imperfectly perfect couple who got introduced to the audience when they were in their 20s are now in their 30s and are ready to face the question of whether they want to officially settle down together being finally reunited with each other after spending 14 months apart.

Dhruv and Kavya have gone through dramatic changes in their life, where Dhruv can’t make peace with the fact that he works under the same classmate who used to lag behind him while they were in school and Kavya can’t adjust well with her family in Nagpur whom she visited to spend some quality time with, after living independently in all these years.

The couple planned a short vacation in Kerala before shifting back to Mumbai after living all these months apart as they look back on the time with each other, how they started their journey and how far they have come together, standing strong through the thick and thin. They also discuss with each other, what went wrong or right in the days when they were apart.

After spending their vacation and catching up on the time they lost, where they notice the changes that have taken place in each other, the couple returned to Mumbai where Dhruv takes upon his new work and the challenges it brings with it while Kavya faces health issues which may put an end to all her promising career.

Dealing with all these issues, problems, and conflicts in their individual lives, the two finally decide on how they want to spend the rest of their lives.

Dhruv Sehgal, also the creator of the mini-series as well as his co-actor and reel partner Mihika Palkar have given yet another spectacular performance together. The actors brought the characters of Kavya and Dhruv to life as if they are an actual couple discovering life and dealing with the problem of it together.

The camerawork by Aniruddha Patankar dazzled with an array of multiple drone scenes including some slow-motion shots which were captured beautifully. The serene beauty of Kerala created by the lens of Patankar has provided the picture-perfect backdrop that acted as a relaxing therapy for the couple.

The writer Abhinandan Sridhar and director Ruchir Arun have given a touch of realism to the narrative instead of magnificence that maintained the relatability of the people shown in the series. Nothing looks forced or exaggerated, either the acting or the chemistry between the lead pair which was the redeemable feature of the series.

The impeccable charm of the actors, as well as the dialogue delivery, touches the heart and one can feel being engrossed in the series. The music tracks composed by Neel Adhikari in each of the episodes complement the narrative thus bringing in the right feel and emotions.

The scintillating penning and the simplicity of the plot along with the impressive performances from the actors made Little Things Season 4 a more realistic series that not only revolved around love but everything around it capturing the hearts of the viewers.

In simple terms, Little Things is not your average melodramatic love story but a breath of fresh air and a realistic look into the lives of the everyday modern couple.

‘Heads and Tales’ Review: A refreshing sortie on patriarchism

'Heads and Tales' Review: A refreshing sortie on patriarchism

Pawandeep and Arunita step up their chemistry with 'Manzoor Dil'