Pawandeep and Arunita step up their chemistry with ‘Manzoor Dil’ 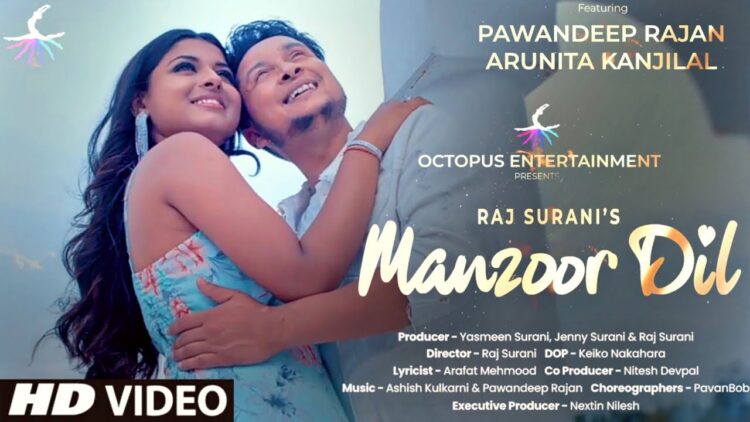 The Indian Idol Season 12 winner Pawandeep Rajan and runner-up Arunita Kanjilal have already painted the town red with their hit numbers ‘Tere Bagairr’ and ‘O Sayyoni’. After the success of these two songs, this wonderful duo has come up with another scintillating song titled ‘Manzoor Dil’.

‘Manzoor Dl’ which is touted to be the love anthem of the year steps up the chemistry between Pawandeep and Arunita who are creating waves in the music world with their soulful voices.

The romantic number which was out on Saturday is trending as both Pawandeep and Kanjilal were seen in a distinct romantic mood that even marked their engagement thus adding more spice to the sizzling chemistry between them.

The fact that this music video has already won more than 3 Million hearts and racing ahead on all music channels shows the immense popularity of these highly talented singers who share a good rapport on screen as demonstrated in the song.

Produced by Yasmeen Surani, Raj Surani, and Jenny Surani under Octopus Entertainment, ‘Manzoor Dil’ captures Pawandeep and Arunita in a lovable romantic mood surrounded by brighter locations and soothing composition doubled by the heart touching lyrics. Both Pawandeep and Arunita look awesome in colourful outfits that added more grandeur to the song.

Composed by Pawandeep and Ashish Kulkarni, written by Arafat Mehmood, ‘Manzoor Dil’ was conceptualised and directed by Raj Surani who was successful in extracting the best out of Pawandeep and Arunita.

This romantic number not only make the hearts of all lovers dance with joy, but it also recreated the magic between Pawandeep and Arunita who scored a hattrick with this hit number ‘Manzoor Dil’, a must watch song by all the lovers out there to feel the true essence of love.

‘Heads and Tales’ Review: A refreshing sortie on patriarchism