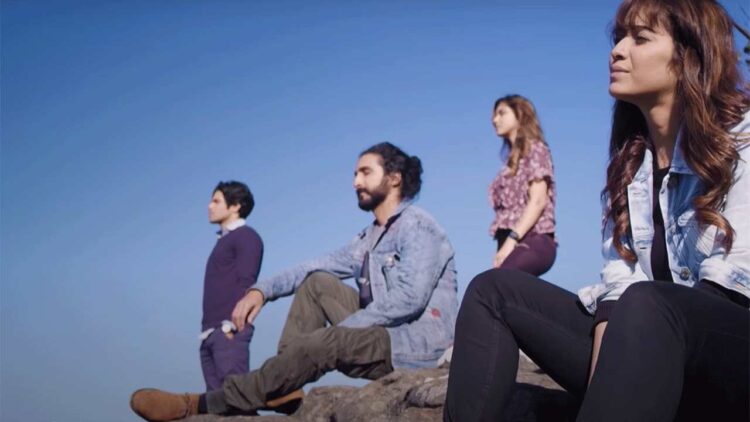 A simple but soulful journey of self-realization

Sometimes some journeys which we undertake remain as memorable milestones in life. Every journey has its own characteristics, some leave bitterness while some happy moments which will remain with one all through the lifetime. Many films are made on this formula to explore the bonding and bonhomie between friends and couples and one such attempt made in the form of web series is Khwabon Ke Parindey which is streaming now on Voot digital platform.

Three friends Bindiya Mathur (Asha Negi), Megha Kapoor (Manasi Moghe) and Dixit Gote (Mrinal Dutt) embark on a journey after celebrating their last day in the college. Three are different in their own kind, Bindiya is an extrovert while Megha is a bundle of both Theory X and Y who believes in having lesser expectations whereas Gote is in sharp contrast with the two, a introvert, shy, and likes to keep everything to himself kind of guy.

The three on their journey from Melbourne to Perth chance upon Aakash Sharma (Tushar Sharma) who is a loner and travels the world around to fulfil a promise given to his father. The four gel together well and journey gets more interested with many self-realizing incidents taking place in it’s course. What was their takeaway from this journey is the remaining story of Khwabon Ke Parindey.

Those who have seen Asha Negi in typical characters belting out sentiment, drama and emotions with great efficacy will get to see an entirely different Asha. As a bubbly girl who always want to have fun with fears and inhibitions lingering at the back of her mind, Asha etched the character of Bindiya with great authenticity. With Bindiya, she has proved that she is capable of donning any character with same veracity as she has played the other characters.

Manasi Moghe impresses especially her impersonation scenes as Rita were brilliant and she has done complete justice to the character of Megha.

Mrinal is growing in stature with every show and Khwabon Ke Parindey has provided another opportunity to showcase his talent to the fullest extent and he has succeeded in portraying it effectively. His singing scene in a pub and caravan chasing scene stand as testimony to his impeccable acting skills.

Tushar too impresses with subtle portrayal of the character Aakash who had his share of demeanours and debacles in the life. His ease in expressing various feelings with minimum effort are a big plus to his performance.

Tapasvi Mehta, Chirag Ratna Singh, and Amandeep Ahluwalia deserve accolades for keeping the story simple and straight. The presentation on the screen was also quite apt and decent while sticking to the main flow of the story.

Some of the scenes conceived to show the bonding and care for each other among friends are truly extraordinary. The birthday scene of Bindiya where Gote goes on to sing a song breaking all his fears was one among the best in the series. The Allons-y concept was another one which was executed brilliantly.

The music takes the cake and the soothing numbers along with the foot tapping ones like ‘Jugnoo’ and ‘Allons Y’ are extraordinary. Full credit to the composers Archit & Smit and Rajarshi Sanyal for composing the best melodious music and background score in recent times. The rendition by singers Gajendra Varma, Smit, Aasa Singh, Archit, Noor Parmar, and Mohan Kannan was outstanding.

Another highlight of the web series is the photography by Bernard Winter which comes as a pleasant surprise and those eye pleasing visuals are to be seen to get a glimpse of Australian terrain in its full glory.

Though the story line resembles a couple of films made earlier, the honesty in narrative and the way the nuances of friendship were highlighted take the front seat in this simple but soulful journey of self-realization which was laced with sweetness all over. Give it a try by all means and you won’t regret in the end.

'In The Name of God' Review : Spiritless writing spoiled a sound premise

'Sherni' Review : An emphatic initiative that shattered the glass ceiling