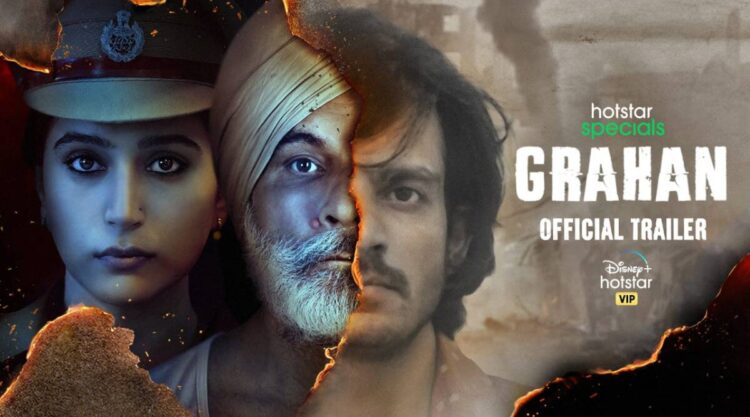 The popular digital platform Disney+Hotstar has released the trailer of the mystery web series Grahan today. Pavan Malhotra and Zoya Hussain are playing the lead roles in this series which is set to stream on June 24 in six Indian languages apart from Hindi.

The story of Grahan revolves around young police officer Amrita Singh (Zoya Hussain) who as in charge of the SIT to investigate a case from the past finds that her father Gursevak (Pavan Malhotra) is involved neck deep in the case. Now Amrita lands herself in a peculiar situation that triggers her struggle between the reality and the past.

Pavan Malhotra who has done award winning films and television serials like Nukkad, Salim Langde Pe Mat Ro, and Black Friday said that, Grahan to me symbolizes many things – an innocent love story, a riveting mystery, a complex web of emotions, but most importantly it is the search for the truth. The question is – what secret is my character Gursevak hiding from the rest of the world? It’s a well made series and I think viewers will appreciate the story we have tried to weave,” in a statement.

Zoya Hussain who had films like Mukkabaaz and Laal Kaptan to her credit is in awe about the character of Amrita and said that the nuanced writing of the series is its USP. She further added, “The interpersonal dynamics of all characters, the treatment and the nuanced writing is what makes it starkly different than any other show in the digital world. The way the story moves between characters while capturing real emotions is what adds to the overall charm of the show.”

Inspired by author Satya Vyas popular novel Chaurasi, the series traverses through two tales set apart by three decades but connected by one truth is directed by Ranjan Chandel who said about Grahan as, “Some stories have the power to move you and Satya Vyas work Chaurasi is one of them. It is riddled with emotions, commentary on the era and so much more. At its core it’s about relationships, loyalties, love and what happens when the past catches up with the present and the consequences of it all.”

Anshuman Pushkar, Wamiqa Gabbi, and Teekam Joshi are the other actors who feature in Grahan which in the words of the show runner Shailendra Jha of Jar Pictures is a murder mystery at its very core and it will keep the viewers guessing till the very end with the level of tension and intensity fuelled by plot twists all through the series. It’s an unpredictable and refreshing watch. So let’s get ready for a cliffhanger!