by Ranjitha
in Entertainment, Reviews
Reading Time: 3 mins read
A A
0 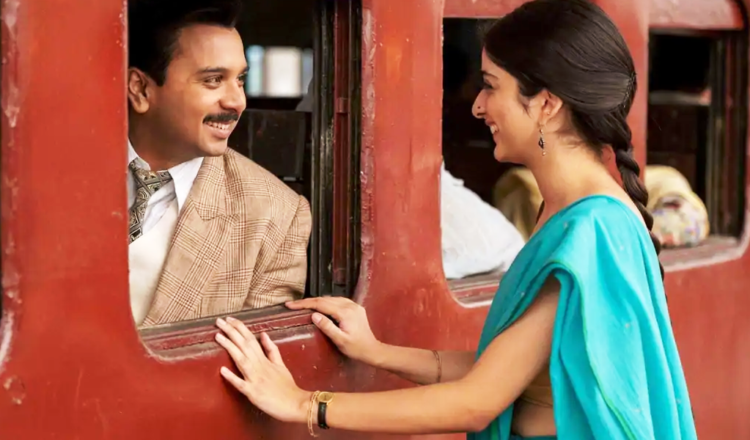 A conflictual quest for alliance marked by exhilarating performances

The much-awaited BBC limited series A Suitable Boy finally made its debut on the streaming platform, Netflix. The limited series is loosely based on the best selling novel of the same name by Vikram Seth.

The story is set amidst the growing tension of partition while the friction between communities is at peak.

The leading characters of the story grapple with issues of forbidden love, marriage, and a fateful accident that brings about a big test at the end.

As evident from the title, it revolves around an independent-minded artistic young girl Lata (Tanya Maniktala), and how she finds A Suitable Boy for marriage.

However, the story is not only about Lata’s whims but focuses on several characters and how all the lives are interconnected in one way or the other.

On the flip side, Maan Kapoor (Ishan Khattar) is a whimsical man of ideals. He soon falls for the artistic and gifted Saeeda Begum(Tabu). While the two are entangled in a forbidden relationship that was heavily frowned upon, Lata finds herself in a dilemma when three suitors try to charm the young lady.

A Suitable Boy has gathered around a gifted cast in the form of Tanya Maniktala, Ishan Khattar, Tabu, and Ram Kapoor as Revenue Minister Mahesh Kapoor.

It was a pleasant surprise to watch Ishan Khattar in a role different from his previous commercial movies. His acting as the idealistic and ambitious Maan Kapoor is an interesting watch.

A special mention about Ram Kapoor who shines bright in the character of Mahesh Kapoor as he brilliantly portrayed the plight of a helpless father who stuck between his political career and personal life.

The narration of the story might have been dragged in some parts. Apart from leading the ensemble of the cast aptly, the national award-winning director Mira Nair handled the narrative also with great authority and conviction.

Mira Nair impresses with her directorial abilities that hold the mirror of the society under the canopy of colonialism, communal disharmony, political power play, and the concept of love which is prevalent among all these conflicts of interest.

A Suitable Boy starts with a marriage and concludes with marriage as well and it’s quite endearing.

While each episode was almost sixty minutes long, the story was got dragged in places testing the patience at times.

Overall, it’s a conflictual quest for alliance marked by exhilarating performances which makes A Suitable Boy a one-time watch with Mira Nair’s deft presentation skills keeping it buoyant albeit some minor flaws which can be omitted.

'Soorarai Pottru' to premiere on Nov 12