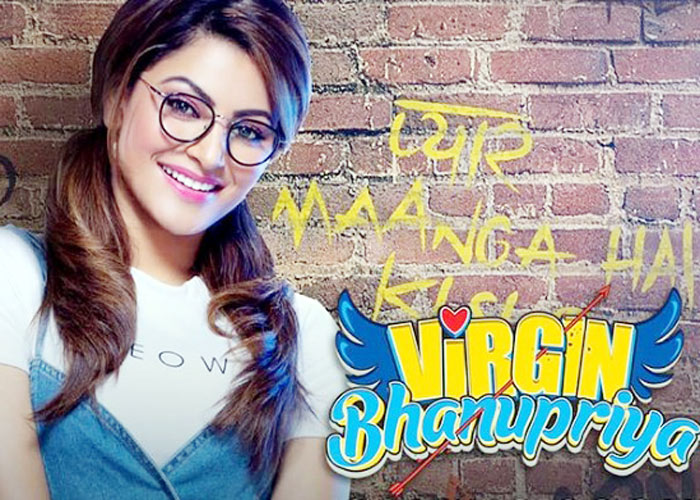 Losing virginity is a fad nowadays. As a result, we have seen men dying to lose their virginity as seen in web series like Virgin Bhasskar. With the desire for premarital sex surging ahead irrespective of gender, it’s the turn of girls now to chase men and lose their virginity as depicted in Virgin Bhanupriya, a film streaming now on Zee5 where the female protagonist makes every attempt to undergo that very special experience owing to many external and internal factors.

A good looking and innocent Bhanupriya (Urvashi Rautela) gets pressurized by her friend Rukul Preet Singh (Rumana Molla) and dreams of losing her virginity within no time. Her lookout for a suitable man to fulfill her desire in the first encounter ends in a disaster with her desirable man getting arrested by police for selling local dogs by branding them as imported ones (fake puppies for a change!).

The parents of Bhanupriya on the other hand, Vijay (Rajiv Gupta) and Madhu (Archana Puran Singh) who never see eye to eye spend most of their time in quarrelling with each other which further increases the stress levels of Bhanupriya who now chooses Rajiv (Sumit Gulati) to get her desire fulfilled. Unfortunately, he could not make any advance due to his sincere love towards Bhanu leaving her again disappointed.

Taking a cue from her flirtatious Dad, Bhanu now eyes another guy Shartiya alias Abhimanyu (Gautam Gulati) but again things end up in a mess with the fire getting doused off in the middle giving way for more despair and frustration.

There is nothing to eulogize about performances. Rautela has managed to pull off despite limitations in her character. Molla is an eyesore with nothing much to perform while Rajiv and Singh overact their portions and Sumit somehow plays the role of a submissive guy rather convincingly to some extent.

The length of 111 minutes is the saving grace of this film so that it ends in a shorter time instead of getting dragged.

Another positive aspect is that it was released on OTT platform rather than as mainstream film in theatres so that audience had the choice to swap the channel or stop at their convenience to escape from the ordeal of watching the film fully.

Firstly, the story of a girl chasing men to lose her virginity is not the right kind of choice for the producers or directors worthy enough to explore and made into a film.

Secondly, the way the film was presented with some crass dialogues and giving it an altogether distorted message that losing virginity is quite common conveys wrong signals to the younger generation which is not the right thing to be projected.

Almost all the departments fail to generate interest due to the poor content and its awful presentation which got stuck between an adult comedy and a vulgar comedy, the result being a total disaster.

Avoidable by all means. There is not even a single scene or performance worth mentioning including technical aspects with the story being the main culprit.

There is no dearth of talent in our country and when new wave films are being made with fresh and new content due to the huge expansion of OTT, the creators and directors should start thinking differently to deliver better content in the future instead of dishing out old, stale and uninteresting stuff.