by Pradeep Kamadana
in Entertainment
Reading Time: 2 mins read
A A
0 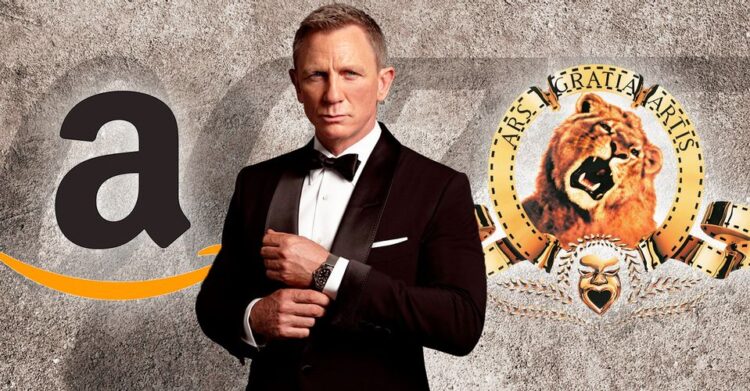 The leading digital player Amazon Prime Video has bought  the production giant MGM (Metro Goldwyn Mayer) for a whopping $8.45 Billion. This acquisition makes Amazon a strong competitor to another popular digital platform in the world Netflix which is growing at an unprecedented pace.

Amazon Prime Video which started its operations in 2006 at Seattle, Washington has expanded its network to Britain, India, Germany, Canada, Australia, France, Italy, China, Cuba, North Korea, Iran, and Turkey in very short time establishing it as one of the foremost entertainment platform in the world. Amazon also ventured into sports arena by entering into an agreement with NFL to telecast the Thursday Night Football games in 2022.

The acquisition of MGM kicks off new phase in the digital streaming with Amazon acquiring 4000 films and another 17000 TV shows will be added to the ever growing content of this 200 Million subscriber strong digital channel giving a shot in its arm. The most popular James Bond franchise of MGM too joins the Amazon Prime Video which is another redeeming feature of this deal.

In addition, Amazon Prime Video has now access to classics like The Wizard of Oz, 12 Angry Men and other franchises Rocky and Stargate. As such, the deal has nothing to do with the release of the forthcoming James Bond film No Time To Die as it will be released as usual in theaters across the world according to the producers, Barbara Broccoli and Michael G Wilson, the daughter and stepson of the original Bond producer Albert Broccoli of Eon Productions.

Amazon now would be interested to have a new series of James Bond for exclusive streaming on its platform on the lines of Disney which has been actively producing popular Star Wars series and the Marvel Cinematic Universe for its Disney+ platform.

But going by the earlier experience, Eon may not come forward in making a 007 streaming series for Amazon Prime Video as it resisted efforts to make a 007 TV spinoff during the initial days of OTT boom in 2010 itself.

Even Eon has not wilted under pressure in the form of lucrative offers from various streaming platforms like Apple TV+ and Netflix for the streaming rights of No Time To Die and decided to have a theatrical release despite many tempting offers.

Nevertheless, Amazon Prime Video will now have the exclusive rights to stream No Time To Die after its theatrical release which is a boost for the digital platform and in addition, the possession of extensive Bond film library will get more mileage for Amazon Prime Video enabling it to surge ahead with more success as James Bond is a golden goose which can bring more profits for this leading digital platform.

‘Friends Reunion’ Review : A nostalgic touchdown of emotions and memories

'Friends Reunion' Review : A nostalgic touchdown of emotions and memories