‘Out of Love Season 2’ Review : Highly engrossing with refreshing performances 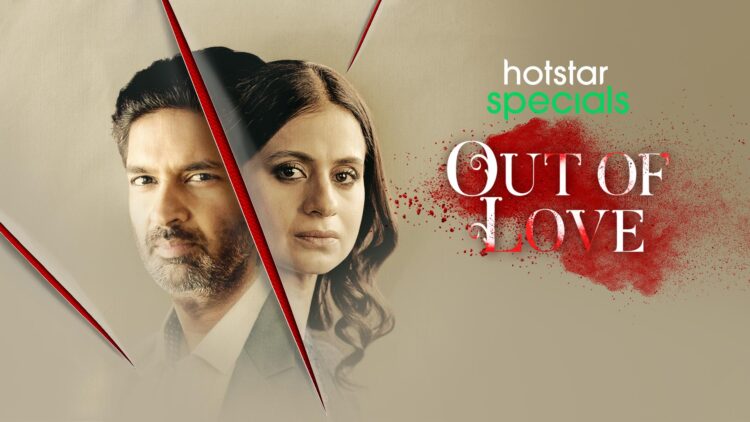 'Out of Love Season 2' : Highly engrossing with refreshing performances

A suspicion on extra marital relationship that turns out to be true played havoc with the relationship between a couple is the foreground for Season 1 of Out of Love which ended on an intriguing note two years back has come out with Season 2 on Disney+Hotstar.

Dr Meera Kapoor (Rasika Dugal) and Akarsh (Purab Kohli) gets separated. Dr Meera as usual gets along with her career besides looking after her teenage son Abhi (Kabir Kachroo).

Everything went on well till Akarsh makes a come back to Conoor with his lady love Alia (Meenakshi Chaudhary). This instigates Meera which flings her into an insecured zone. On the other hand, Akarsh gets into a revenge mode against Meera. Abhi who gets torn between these two finds himself in the middle of a big mess.

So the fight of this trio amidst love, hate, revenge, obsession, and insecurity that surrounds them from all corners is the main story of Out of Love Season 2.

It’s Rasika Dugal all the way. She is the gem of an actor who can own and portray any character with ease and elegance. As Meera  also, she went one step ahead and epitomized the complex character to total perfection.

Purab Kohli too dazzled in a revenge seeking character with a darker shade and he had put up an overwhelming performance.

Though this is an adaptation of BBC’s Doctor Foster by Mike Bartlett, Out of Love never goes out of context or flavour and this is the beauty of the whole series.

The writers Preeti Mamgain, Rajesh Chadha and Eisha Chopra have taken every care to make the second edition even more interesting and engrossing in line with the first one.

Director Oni Sen too has not left any stone unturned and successfully weaved a wonderful saga of revenge and obsession on screen without any distortion.

The effective representation of the psyche of children in broken families was another high point of this series.

Those who watched the Season 1 will love this one too without any doubt. This is in quite contrast to the first one and there is more suspense, drama and emotional turmoil in the second season which is worth trying. The highly engrossing narrative and refreshing performances are the enterprising elements of this 5-episode series.

The release of 'Major' postponed due to Covid-19