Netflix launches trailer of ‘Never Have I Ever’ Season 2 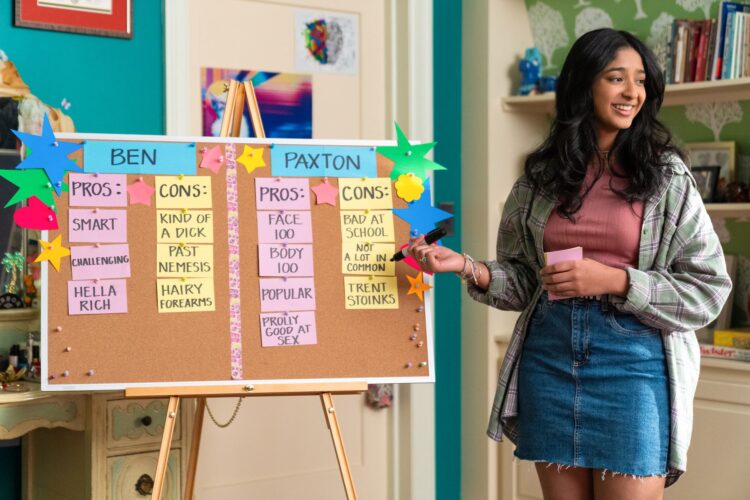 The American-Indian high school sitcom Never Have I Ever returns with the second season on Netflix. This popular web series features the Indian born American Maitreyi Ramakrishnan essaying the role of a high school girl Devi who is desperate to have a relationship. In her pursuit of a suitable boy, Devi finds herself at the receiving end on many occasions all through the first season.

Now for a change, Devi had the benefit of two boy friends Paxton (Darren Barnet) and enemy turned lover Ben (Jaren Lewison) while Poorna Jagannathan as Devi’s mother Nalini, Richa Moorjani as Devi’s cousin Kamala, Ramona Young and Lee Rodriguez as Devi’s best friends Eleanor and Fabiola are reprising their roles in second season with glimpses of Sendhil Ramamurthy as Devi’s father Mohan will appear as a part of the flashback scenes.

A new love life, a new classmate and new reasons to bicker with mom give Devi plenty more ways to make courageous moves…and questionable decisions forcing Devi to search desperately for solutions to end all her concerns culminating into an apt tagline ‘Never underestimate teenage desperation’ that sounds interesting and sums up the desperation of Devi in the second season.

The season 2 of Never Have I Ever had many other important layers in addition to Devi juggling between her two lovers Ben and Paxton as another Indian girl Aneesa makes her entry into the class of Devi making her feel a bit unsecured. Meanwhile, Nalini gets entangled in love with the irresistible Dermatologist Dr Chris Jackson (Rapper Common) and Kamala finds her inner ‘Devi’ according to Moorjani who had spilled the beans about her character during the trailer release event.

Megan Suri as new girl on the block Aneesa, Tyler Alvarez, Utkarsh Ambudkar, and P.J. Byrne along with Common will be seen in Season 2, created by Mindy Kaling which is ready to stream on Netflix from July 15.

How Devi is going to struggle and balance her love life amidst tantrums of her mother along with handling other challenges will be quite interesting to watch in the season 2 of Never Have I Ever. No doubt Mytreyi Ramakrishnan is having another winner on her hands!

‘The Conversion’ : A sensitive tale on religious conversions