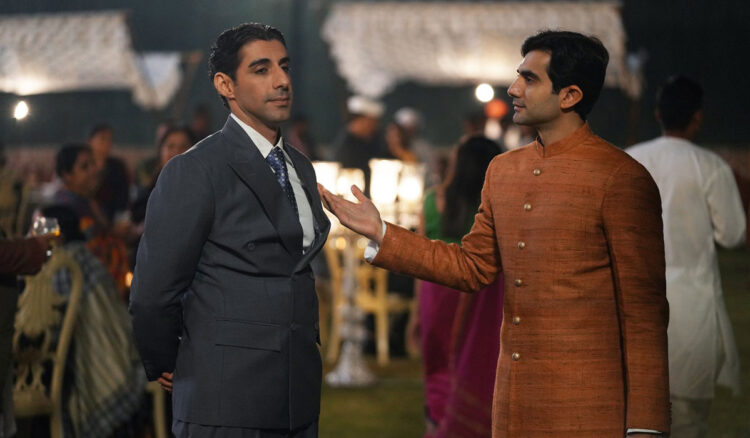 Rocket Boys is the upcoming web series from the popular digital platform SonyLiv that chronicles the journey of India’s greatest nuclear physicists and scientists Vikram Sarabhai and Homi Bhabha who have strived to put the nation on the space map with their amazing scientific discoveries.

Jim Sarbh will play the character of Homi J Bhabha and Ishwak Singh of Paatal Lok fame dons the role of Vikram A Sarabhai in Rocket Boys which is helmed by Abhay Pannu and produced by Siddharth Roy Kapur, Monisha Advani, Madhu Bhojwani, Nikkhil Advani under the banners of Roy Kapur Films and Emmay Entertainment.

Narrating about portraying the character of Vikram Sarabhai, Ishwak Singh stated that, “It’s not often that one gets to play a real-life character like Vikram Sarabhai. I was drawn to the concept not just as an artiste, but as an Indian who takes immense pride in the legacy of these iconic scientists. ‘Rocket Boys’ marks my second stint with Nikkhil Advani, and I am grateful that the team chose me for this role.”

Sarbh is also ecstatic to essay the role of Homi Bhabha. He revealed in a statement, “These guys, Vikram and Homi, were just so fascinating. Two young men with fantastical dreams for their country, who just kept at it, working and working, to bring their visions into reality, to make their country a scientific superpower. And all the while, through toil and trouble, they managed to have colourful exuberant lives, as well! I can’t wait for the audience to watch it on SonyLIV.”

The makers of Rocket Boys have released the first look today in which Jim’s image is reminiscent of a young Bhabha looking dapper in a dark suit while Ishwak’s Vikram Sarabhai seems more traditional in ethnic wear. The release date of Rocket Boys which will be streaming on SonyLiv is yet to be announced.

Get ready for a story that continues to inspire generations. Bringing to you the tale of two of our most renowned scientists…really soon! #RocketBoys 🚀

'Grahan' Review: A well crafted tale of love and hatred

'Mixtape Rewind' : A melodious journey down the memory lane