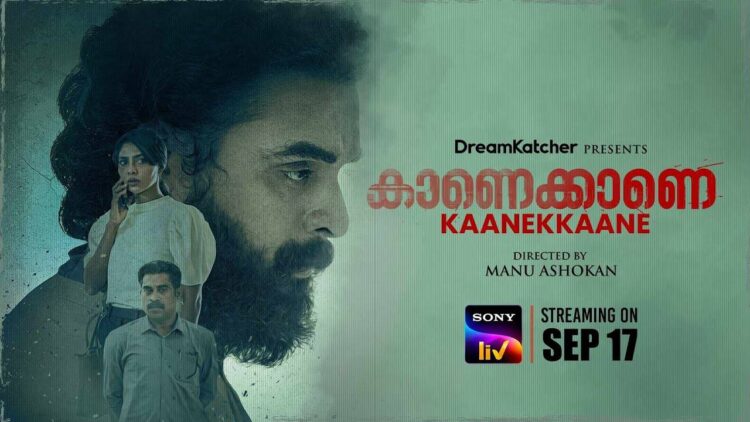 The emotional turmoil faced by a father when he loses someone dear to him and how that vacuum drives him to the verge of suspicion was the backdrop for the film Kaanekkaane streaming now on the SonyLiv platform which is soaring ahead with distinct content in all languages.

His suspicion narrows down to his son-in-law Alan (Tovino Thomas) who was now married to Sneha George (Aishwarya Lekshmi).

Paul now wants to take back the child born to Alan and Shiren from Alan-Sneha as revenge thus creating a lot of heartburn for Alan and Sneha in particular who is not able to digest the attitude of her father-in-law.

How far Paul has succeeded in getting his revenge and what is the ultimate truth is the remaining story of Kaanekkaane.

Suraj mesmerizes with his performance as a middle-aged father who grieves over the death of his beloved daughter and wants her to rest in peace. His scenes with Tovin were on a different scale unleashing series of emotions that were very well presented by both Suraj and Tovin.

Aishwarya Lekshmi looked quite pretty in a deglamourized role and her performance during climax scenes was an indication of her acting prowess which she demonstrated once again through the character of Sneha George.

The writers’ Bobby and Sanjay have scored another winner with Kaanekkaane by presenting the turmoil and emotions undergone by a bereaved father in a heart-touching manner.

The director Manu Ashokan has handled a sensitive subject efficiently and the way he conceived some of the scenes like the one where Paul recreates the accident scene and when Alan comes to save him from police was just an example of his brilliant storytelling.

The music by Ranjin Raj was outstanding and the song ‘Palnilavin’ soulfully rendered by Sithara Krishnakumar has elevated the narrative to another level.

Abhilash Balachandran’s slick editing and Alby Antony’s cinematography are the other important features of Kaanekkaane that made this a highly watchable film.

Kaanekkaane was a soul-stirring emotional thriller where the emotional angle touches the soul and the eagerness to find out the truth keeps the viewer on tenterhooks till the end which was the beauty of this film. Go for it!

Tapsee's sports drama 'Rashmi Rocket' to take off on Oct.15

'Crime Stories: India Detectives' Documentary on Netflix - We Save, We Protect