Disney+Hotstar introduce ‘Quix’ from May 7

by Pradeep Kamadana
in Entertainment, Shows
Reading Time: 5 mins read
A A
0 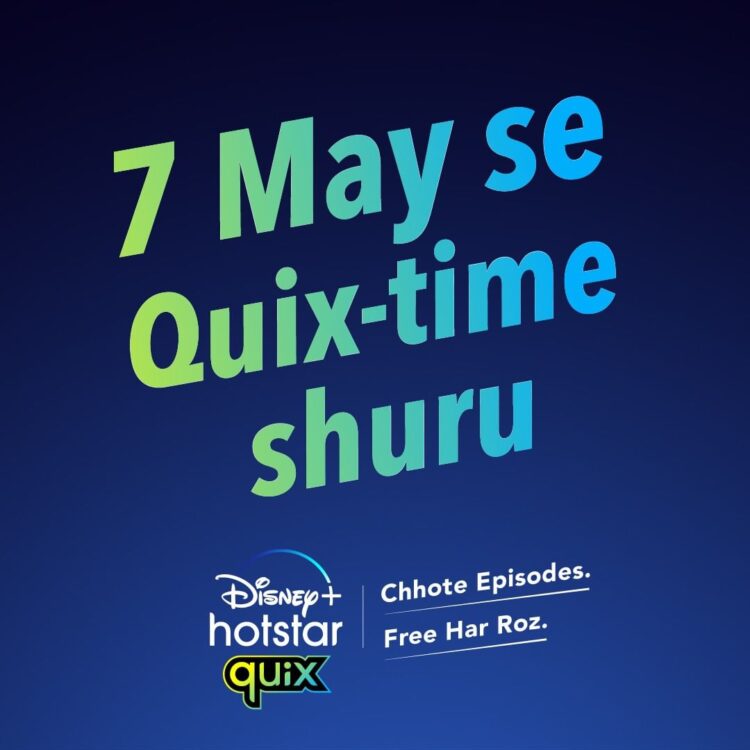 Disney+Hotstar which has already started streaming latest and exclusive films under Multiplex has come out with another concept called Quix. Disney+HotstarQuix is set to stream short shows of 10 minutes duration for the benefit of those who want to enjoy between their breaks at work or study or whatever it is in their free time without the need to stress it out for hours to binge watch their favourite series and shows in quick time.

These quickies are to stream from May 7 and consist of some leading actors featuring on these mini shows. These shows which come with a tag line “Chhote episodes. Free Har Roz” promises to provide all round entertainment with content that is quite distinct and varied.