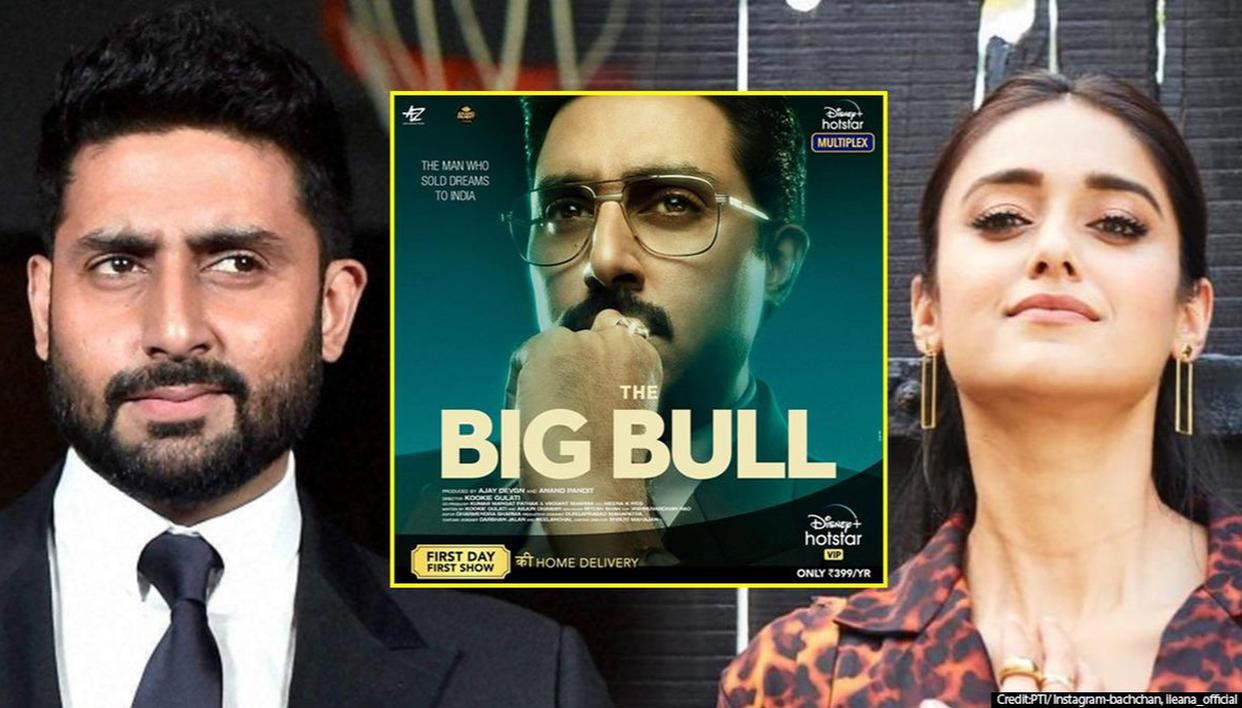 The Big Bull' The mother of all scams teaser launched

Abhishek Bachchan who is playing the lead role of Hemant Shah who is the main kingpin behind the biggest scams that has jolted the Indian economy and created shock waves across the world in the film The Big Bull has released the teaser of this film vide his twitter handle today.

We have already got a taste of the life of Harshad Mehta in the popular web series Scam 1992:The Harshad Mehta Story which was directed by Hansal Mehta and Jai Mehta and went on to become the biggest hit among web series in the year 2020. Pratik Gandhi who played the character of Harshad Mehta has become hot property and Shreya Dhanwantary who essayed the role of Sucheta Dalal has received many accolades for her role as an investigative journalist.

Now The Big Bull is going to present Abhishek in new look of 1980 and early 1990s as he will don the role of the most powerful stock broker of the Bombay Stock Exchange. Ileana D’Cruz interestingly plays the role of Sucheta Dalal in The Big Bull, directed by Kookie Gulati and co-produced by popular hero Ajay Devgn.

The teaser of The Big Bull launched today has the voice over of Ajay Devgn who introduces the character of Hemant Shah in what is called as the mother of all scams. The trailer of The Big Bull is going to release on March 19 whereas the film is set to stream on the digital platform Disney+Hotstar from April 8, 2021.

‘Kantipapa’ the soulful melody from ‘Vakeel Saab’ is doing wonders

'Kantipapa' the soulful melody from 'Vakeel Saab' is doing wonders

'Aranya' : A big shout out to save elephants