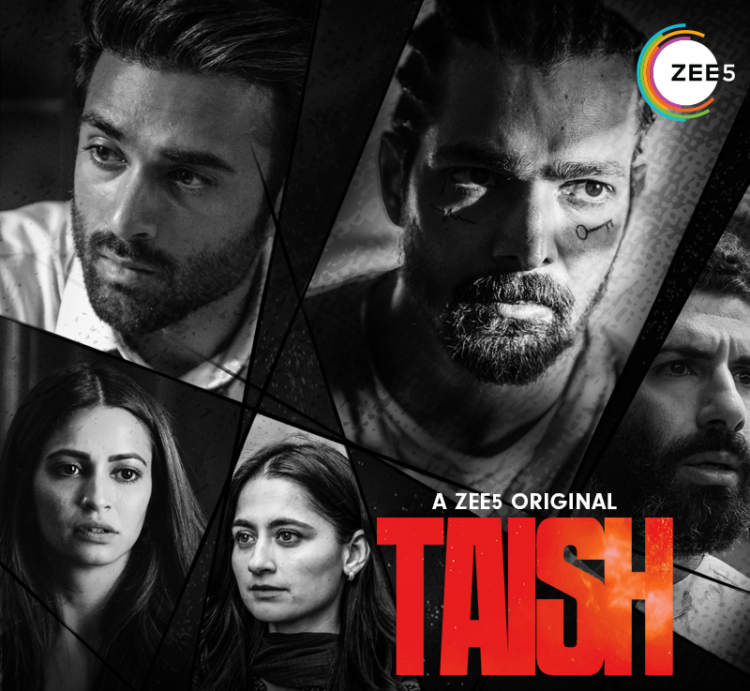 The shady past of Mahi makes Krish jittery while Rohan recollects the dirty past when he encounters the devilish Kuljinder (Abhimanyu Singh). This sparks a wildfire resulting in turmoil engulfing both the families with Sunny thrashing Kuljinder to a pulp. This enrages Pali (Harshvardhan Rane) who avenges the assault on his brother Kuljinder by killing Krish and leaving Sunny half dead, who vows to take revenge for his best pal’s death.

The revenge drama which takes many turns is also dotted with the romantic track of Pali and his lady love Zahaan (Sanjeeda Shaikh) on one hand and Aarfa Khan (Kriti Kharbanda) teaming up with Rohan who goes into hibernation after his brother’s death adding an extra emotional angle to this intimidating saga.

Sunny and Pali whose lives dangle on the edge of a sword went on to seek an eye for an eye and settle for a final showdown which culminates into a bloodbath in the end.

You won’t see Harshvardhan Rane but only Pali in this path-breaking character. He is astounding in a character that is not only complicated but difficult to enact. It has the emotions, intensity, love, rage, and vengeance all in a single individual, and expressing all those feelings is not at all an ordinary task. But it looked very simple when Rane is performing with such ease and electrifying presence which eventually testifies his acting potential.

Jim Sarbh is another actor who gets recognized for his superb performance as a virtuous, peace-loving, and highly sensitive Rohan. He is truly amazing with an accent that is quite lovable.

Pulkit Samrat has pulled off a convincing performance but he is not a match to the enduring personality of Rane. Nevertheless, he doesn’t disappoint on the whole.

Among others, Kriti has little to do except in the final episode while others Sanjeeda, Zoa, Saloni Batra, Saurabh Sachdeva, Abhimanyu Singh have done well to fit the bill.

The writing team consisting of Kartik R. Iyer, and Anjali Nair along with writer-director Bejoy Nambiar have succeeded in conceiving a plausible story. Bejoy Nambiar has given a different kind of treatment to a normal routine looking revenge story with some engaging blocks interspersed with good musical numbers touching the gamut of human emotions.

Furthermore, the writers and the director deserve appreciation for highlighting the most despicable child abuse menace adding the contemporary edge to the series.

The music score by Gaurav Godkhindi and Govinda Vasantha added more style to this narrative while the photography of Harashvir Oberoi is elegant and suffices with the narrative.

Except for the intermittent changeovers from present to past which crop up like a sore thumb, Taish is an exquisite and emotional revenge drama marked by sparkling performances.