by Pradeep Kamadana
in Entertainment, Shows
Reading Time: 2 mins read
A A
0 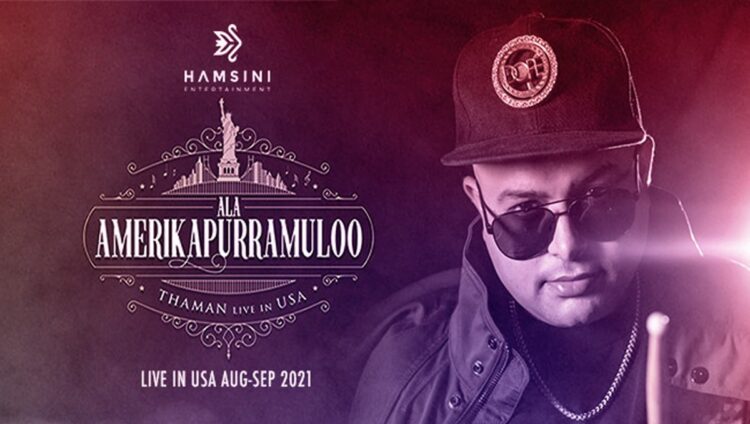 The phenomenal success of the film Ala Vaikunthapurramuloo has given a fillip to the Tollywood cinema and the facts that it has become the biggest grosser standing as the biggest hit in the career of Allu Arjun are the other heartening features about this film that made it so special. The music and tracks of the film have presented a new Thaman who created magic all over the world with his music which has crossed all continents and created records everywhere.

The success saga of Thaman that started before the Covid-19 pandemic continued unhindered after the pandemic also as he has belted out hit after hit and his tracks in Krack and Vakeel Saab stand as a testimony to his monumental talent that kept growing with every film.

While the song Ala Vaikunthapurramuloo has created the flavour, other tracks ‘Butta Bomma’ and ‘Ramuloo Ramulaa’ have upped the spice with a bedazzling beat and the result was evident as these songs have become all-time hits and created history in the annals of Telugu film music.

Now the music dynamite Thaman will be touring the US with music concerts Ala Amerikapurramuloo in all prominent towns starting from August. The world which is recovering from a dejected phase due to the Covid-19 pandemic is in need of this kind of music concert to infuse positivity and hope among people.

Ala Amerikapurramuloo is an extravagant show being hosted by Hamsini Entertainment which had earlier successfully organized sensational concerts with A R Rehman and Anirudh Ravichander is going to make this a huge hit that will be like never before and ever after live concert.

Washington D.C., Chicago, New Jersey, San Jose, and Dallas are the cities where Thaman is going to perform with Stylish Star Allu Arjun and ace director Trivikram are likely to accompany Thaman in these shows. Even some of the prominent stars have also been invited to participate in these shows which will be high on special effects and exclusive performances by the artistes of Russia and Belarus will be another special attraction.

The promo of Ala Amerikapurramuloo launched by Allu Arjun on Sunday kickstarts the music mania that is going to grip the US in the coming months. Are you ready for the G.O.A.T?

10 best LGBTQ Indian films which are not to be missed

'Sara's' Review : A decent effort touching the sensitive issue of pregnancy and parenting