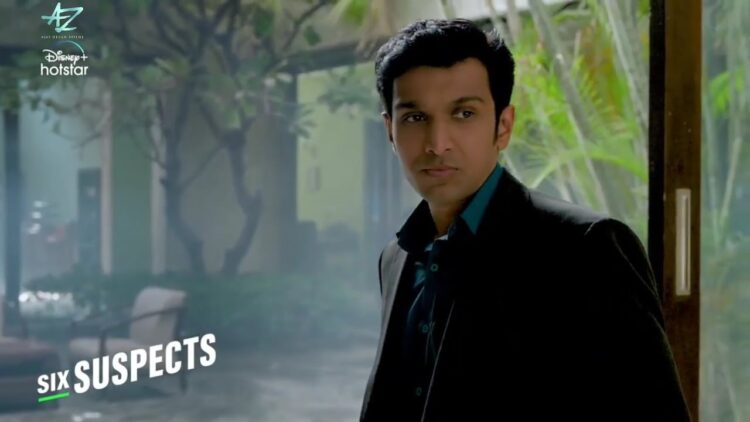 The web series Six Suspects produced by Ajay Devgn Films and Reel Life Entertainments is based on the same name novel published in 2008 by the diplomat and well known author Vikas Swarup who is known for The New York Times bestseller Q&A which was made as the Oscar Award winning film that created waves, Slumdog Millionaire.

The story of Six Suspects revolves around the son of Uttar Pradesh’s Home Minister who gets killed in one of his parties and police apprehend six suspects carrying gun with  them and having different reasons to kill him.

Directed by Tigmanshu Dhulia, Six Suspects stars Pratik Gandhi who created a sensation with Scam 1992: The Harshad Mehta Story http://snooper-scope.in/scam-1992the-harshad-mehta-story-review-more-than-that-meets-the-eye/ and the beautiful Richa Chadha who will be seen in the role of an investigating officer which she describes as a “complicated portrayal of an upright investigating officer trying to find her way in a male-dominated system.”

Interestingly, Pratik Gandhi will also feature in a Telugu biopic which is being made on the life of Jagan Mohan Reddy, the Chief Minister of Andhra Pradesh.

While the book by Vikas Swarup boasts of having all the ingredients to be a suspenseful thriller, Six Suspects with ensemble star cast like Pratik Gandhi and Richa Chadha in key roles with Tigmanshu who is known for his  successful web series Rangbaaz and Tandav helming this show, Six Suspects is all set to enthrall the audience in the coming days.

Six Suspects will stream on Disney+Hotstar which is coming up with as many as 18 interesting titles like Aarya 2, Special OPS 1.5, The Empire, Escaype Live, Fear 1.0, The Human apart from the forthcoming releases Bhuj, Rudra and Dance+ featuring Ajay Devgn that are sure to change the face of entertainment in future.

Sunny Kaushal and Saiyami Kher sparkle in ‘Dil Lauta Do’ Sunny Kaushal and Saiyami Kher sparkle in 'Dil Lauta Do'

'City of Dreams' S2 Review: A compelling power struggle exposing the dirty side of politics

'Thittam Irandu (Plan B)' Review: A well-designed thriller with a spellbinding climax