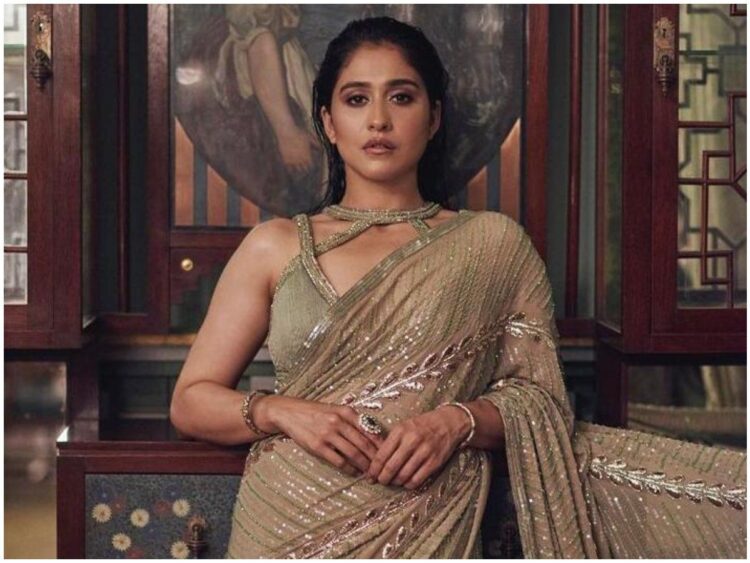 0
SHARES
96
VIEWS
Share on FacebookShare on TwitterWhatsapp
Regina Cassandra is al set to make her digital debut with a horror web series on exclusive Telugu digital platform Aha which is being bankrolled by Shobu Yarlagadda and Prasad Devineni under Arka Media banner who made the epic film Baahubali.
Titled as Anya’s Tutorial, debutante Pallavi Gangireddy who is from the creative team of Aha is directing this web series which also stars Nivedhithaa Sathish and Agastya in important roles.
Regina who is known for her films like Power, Subramanyam for Sale, Jyo Achyutananda, Awe, and Evaru is all excited to be a part of this project which she had shared in these words, “I was 14 when I did my first film Kanda Naal Mudhal, with a female director (Priya). Now to do my first Telugu web series where both the writer (Sowmya Sharma) and the director (Pallavi) are women is such a happy coincidence. This is 2021 and sadly, we’re still talking of women empowerment but I’m so happy that aha and Arka Media have taken a step forward to ensure more female representation in the entertainment industry. Anya’s Tutorial is a story that I completely resonated with, and I hope viewers will feel the same when they watch it on aha.”
Anya’s Tutorial is a story about paranormal activity surrounding Anya whose life goes for a toss and it’s all about how she encounters the paranormal activity and comes out of the tricky situation will be the central theme of this web series which will be laced with some exciting twists and turns.
Anya’s Tutorial, a seven episode series whose shooting has already commenced will wrap it up in October and gets ready to release on Aha in December last week according to the reports. The prominent digital channel Aha which is creating waves with variety content in the form of recent series like 11th Hour and Kudi Yedamaithe is all set to have another winner up their sleeves with Anya’s Tutorial.
Tags: AhaAnya's TutorialRegina Cassandra
ShareTweetSend
ADVERTISEMENT
Previous Post

‘Malik’ Review : A strong dig at the political system

‘Never Have I Ever’ S2 Review : Better, Bolder, and Beautiful

'Never Have I Ever' S2 Review : Better, Bolder, and Beautiful