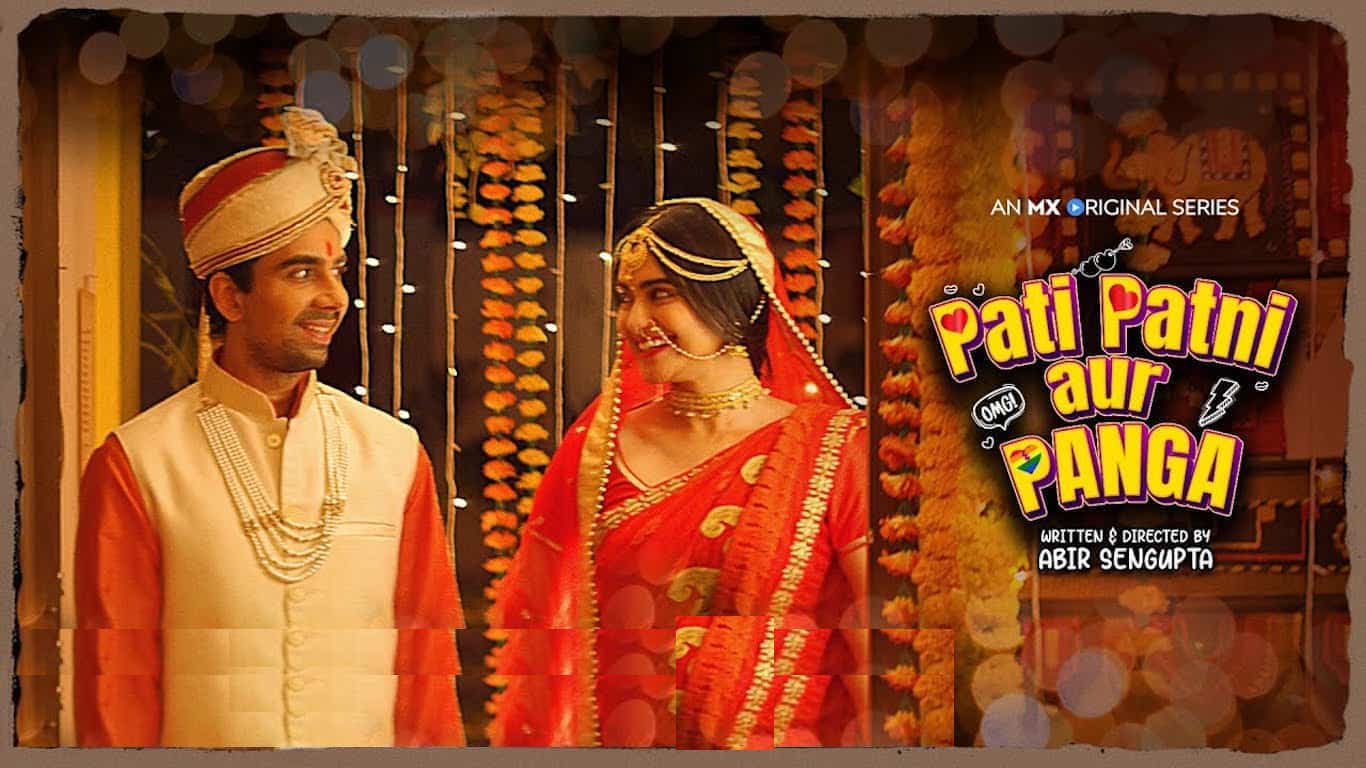 A joy ride with a jab at patriarchal system

A socially relevant story if told with a touch of fun, then it reaches many hearts without fail. Especially a dig at the patriarchal system is not new to OTT as many earlier films like Bulbbul, Kaali Khuhi, or the latest sensational series like Churails and Mirzapur streamed on various digital platforms are presented with patriarchy as the central theme. The MX Original short series Pati Patni Aur Panga streaming now on MXPlayer is something different which apart from denouncing the patriarchal system, it also raises the issue of the rights of the LGBT community which may look simpler on the exterior but it delivers a strong message on this highly volatile issue.

Romanchak Arora (Naveen Kasturia) is an unmarried real estate agent in Mumbai who is looking for a suitable girl to get married. His mother Renu Arora (Alka Amin) gets into a baseless suspicion on Romanchak fearing that he may turn into a gay on one fine day. So to prevent this, she wants her son to get married to a girl as soon as possible to ward off the influence of his friend Jeetu (Gurpreet Saini).

The beautiful and sensuous Shivani Bhatnagar (Adah Sharma) enters the life of Romanchak as a tenant and love flourishes between them leading to an arranged love marriage which makes Renu many times happier than Romanchak.

But things take an ugly turn after a startling disclosure by Shivani which drives Romanchak to file divorce against his wife Shivani with the support of Renu.

To find out answers to the questions, What is that disclosure?  Why Romanchak took the drastic decision of divorce?  one needs to watch Pati Patni Aur Panga.

The most adorable Adah Sharma does it again with minimum dialogues and flattering expressions conveyed through her beautiful eyes which are an added asset to her impeccable talent. She sails through the character Shivani comfortably with a cute performance that stands apart.

Kasturia in the boy next door role and Alka in the role of a typical mother of a single son are in their elements while Gurpreet Saini and Hiten Tejwani as Advocate Tiwari are perfect in playing their characters.

C.I.D., Unkahee, Soul Sathi, and Indoo Ki Jawani – Abir Sengupta’s distinct variation in his writings is quite evident from these titles, and the fact that Pati Patni Aur Panga is another entirely different story further validates his quest for variety. He has gone one step further with Pati Patni Aur Panga by touching a socially relevant subject through a joy ride with a jab at the patriarchal system that is still prevalent in Indian society. Surely, another winner on the cards for Abir.

The other soul-touching phenomenon of this series is the background score by Kshitij Tarey who never disappoints.  To top it, the songs composed by Ranajoy Bhattacharjee provide the icing whereas the inclusion of the mesmerizing Sambhal Ke Pyar Karna itself is the silver lining on the whole.

Except for some low-key adult content, go for Pati Patni Aur Panga as it’s love that prevails in the end with a thought-provoking conclusion which is quite logical and approvable making this short series a cool watch.