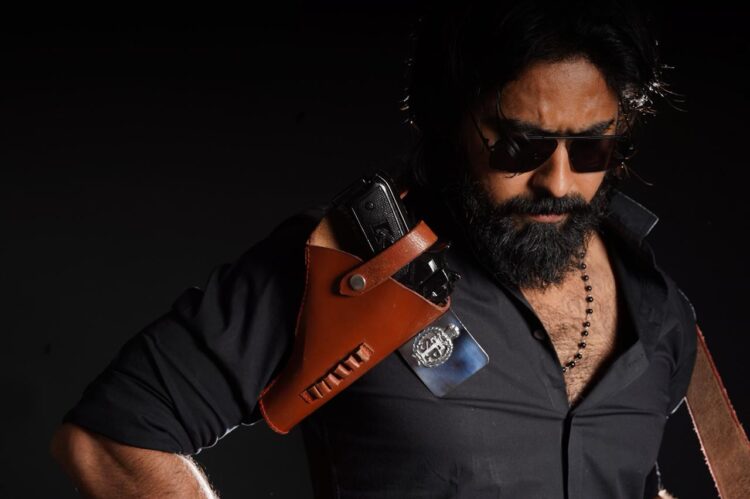 Hero Ashish Gandhi has carved a niche for himself and amassed immense popularity with a rugged look in his debut film Natakam which received good response from the audience and made decent business at box office.

Now Ashish is all set to feature in his second feature film being helmed by Kalyanji Gogana who showed great promise as a director in Natakam too. Ashish Gandhi will be portraying a powerful police officer character in the new film which is yet to be titled. Popular entrepreneur and industrialist Nagam Tirupathi Reddy is producing the film as Production No.3 of Vision Cinemas. Thirumala Reddy is the co-producer while Manikanth is the Editor and Bal Reddy is handling the Cinematography.

Ashish Gandhi is playing three different roles and first look unveiled today shows him as the police officer in the film which is billed to be an out and out action entertainer. The regular shoot of the film commences from April  second week.

While speaking on the occasion, producer Nagam Tirupathi Reddy said, “The film is made as Production No.3 of Vision Cinemas. The director Kalyanji has prepared a wonderful script and we loved it completely. We felt that Ashish Gandhi is the right fit for the film and he looked apt for all the three different characters”. He also added, “We hope the film which is coming from our banner will succeed in giving wonderful experience to each and everyone. The film’s shoot will begin in the second week of April and other details will be shared very soon”.