Harry Potter Needs To Move On Without J. K. Rowling

by Ritika
in Entertainment
Reading Time: 7 mins read
A A
0 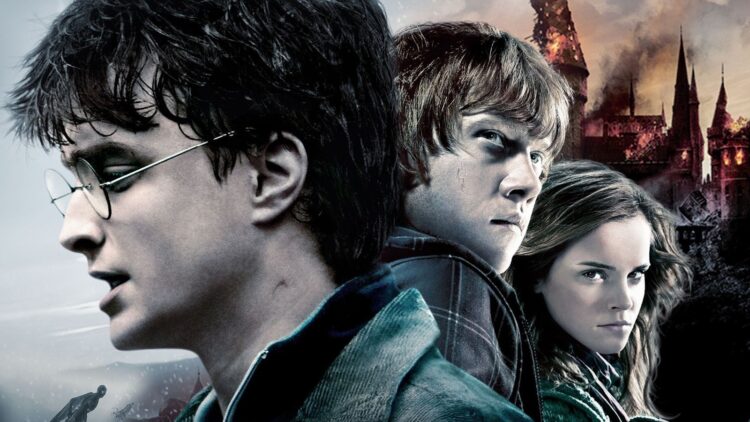 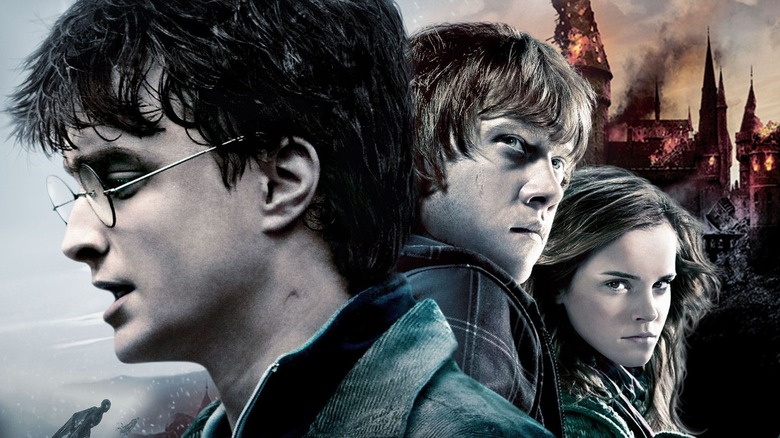 Many “Harry Potter” fans would say that the Wizarding World hasn’t been the same since 2019 when its creator J.K. Rowling revealed herself to be a TERF (the acronym for trans-exclusionary radical feminist, which means a feminist who refuses to accept that trans women are women).

She has continued to go above and beyond to defend her stance, despite the hurt it has caused to LGBTQ “Harry Potter” fans and the greater trans community, and becoming the Voldemort of her own story. But J.K. Rowling has been problematic for far longer.

Harry Potter And The History Of Retcon 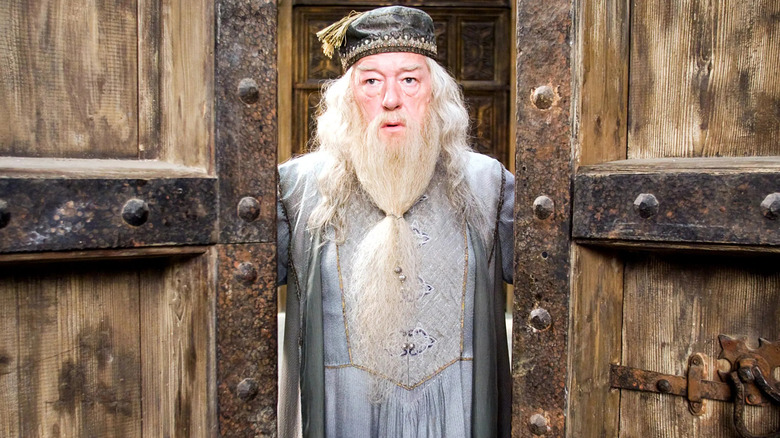 The Wizarding World has had many growing pains. Its creator has retroactively altered many perceptions of its characters, simply because she can. In 2007, J.K. Rowling tried transfiguring one of her leading characters into a more progressive version of himself, casually declaring that Albus Dumbledore was gay, and had been in love with the dark wizard Gellert Grindelwald as a teenager.

The retcons didn’t end there. In 2014, Rowling suggested that Hermione should’ve married Harry and not Ron, and she wrote the Hermione/Ron relationship for the sake of “wish fulfilment.” A year later, she responded to fan art of Hermione as a person of color by implying that Hermione’s ethnicity had always been ambiguous (“Rowling loves black Hermione”). In 2016, she revealed that Remus Lupin was written as a metaphor for HIV and AIDS. And in 2019, Pottermore, a website used by Rowling to compile “Harry Potter” lore, detailed that witches and wizards would s*** on the floor and use magic to make the evidence disappear. Basically, J.K. Rowling retconned the hell out of her published work. None of these claims — I repeat, none of them — are supported in her already-published material.

So, what is the point?

It’s a gross understatement to say that Harry’s story has been a significant part of my life. I’ve grown up with the books, I’ve watched the movies so many times I’ve lost count, I’ve purchased merchandise, attended Harry Potter conventions, visited the Wizarding World theme park, watched “Harry Potter and the Cursed Child” on Broadway — I’ve done everything I considered would be fulfilling in my life as a “Harry Potter” fan. But that was before J.K. Rowling outed herself as a TERF, the final blow that has literally earned her the title of She Who Must Not Be Named. But we must continue to say it, and to hold her accountable.

Watching Rowling’s statements tarnish the beloved franchise has been disappointing, to say the least. It hurts to write this. J.K. Rowling has made so many misguided attempts at painting “Harry Potter” as if it were at the top of the “progressive and diverse literature” list. Her constant, unwarranted tinkering with already-established canon has refuted the magic brought to life in “Harry Potter.” And her repeated attacks on trans people are probably why she didn’t receive an invitation (or should we say, an owl) when the film franchise’s cast and crew reunited for a special event, years later.

J.K. Rowling … Will Not Return To Hogwarts 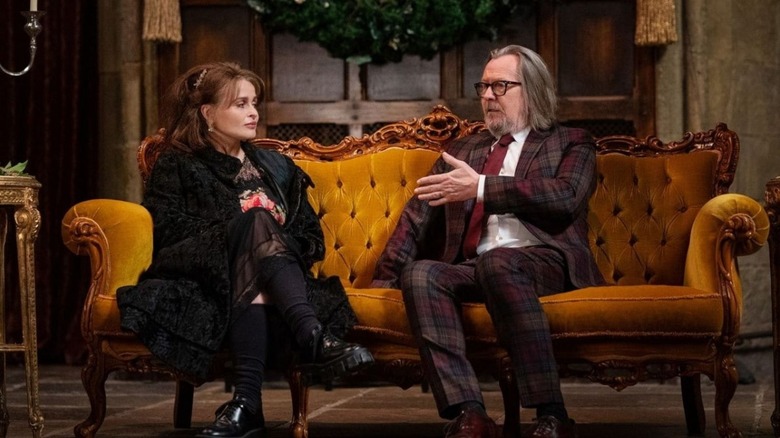 Rowling’s transphobic opinions have frustrated so many people — and have become a major headache for Warner Bros., the studio behind the “Harry Potter” movies. So, when the “Harry Potter” cast reunited for the first time in over a decade, for HBO Max’s “Harry Potter 20th Anniversary: Return to Hogwarts,” Rowling didn’t get an invitation.

Over 30 cast members, from leading star Daniel Radcliffe to Academy Award-winner Gary Oldman, made it to the reunion. They laughed, shared the most incredible stories, and many shed tears. While Rowling was visibly missing from the cohort of directors and the franchise’s many cast members, she wasn’t missed.

The British author appeared twice or thrice, and old clips of her were edited in (seriously, they plastered a massive “filmed in 2019” sticker, which seems to have been added to prevent an outrage of any kind). Cast members briefly mention her — Evanna Lynch (who played Luna Lovegood) was the ultimate “Harry Potter” geek who wrote to Rowling and received a reply, and Robbie Coltrane (Hagrid) said he was in awe of Rowling’s story … And those are the two most prominent mentions of J.K. Rowling in an hour-and-42-minute-long celebration of the Wizarding World — that she created.

J.K. Rowling’s non-presence in the reunion had made me consider that maybe what “Harry Potter” really needs is to move on without the person who wrote it.

Rowling’s characters live in a world riddled with prejudice (half-bloods and pure-bloods, muggles and magical folks), and yet they make it their own. Let’s not allow the author’s beliefs to take away from a story that has always been about the oppressed triumphing over their oppressors. In this fight of good vs. evil, we must strive to win, much like Harry. And there’s no better way than disassociating J.K. Rowling from “Harry Potter.

“The Death of the Author,” a 1976 essay by French philosopher Roland Barthes, has found renewed interest in the age of social media and the mixed blessing of creatives being able to easily share their passing thoughts and opinions with fans (from transphobia to anti-vaxxer conspiracy theories). Though it might sound morbid, the title is actually a pun in the original French; “La mort de l’auteur” is a play on the title of Thomas Malory’s “Le Morte d’Arthur,” a collection of stories about King Arthur. Barthes suggested that the author “dies” the moment a work is published, and after that the reader is the one who takes charge of producing the meaning behind a text. It encourages readers to relinquish the creator’s association with the art as soon as it has been made public, and perceive it how they will. And fans, too, have often used this idea to continue enjoying the art that holds value for them, even if their love for the creator has cooled.

Can We Allow Harry Potter To Move On? 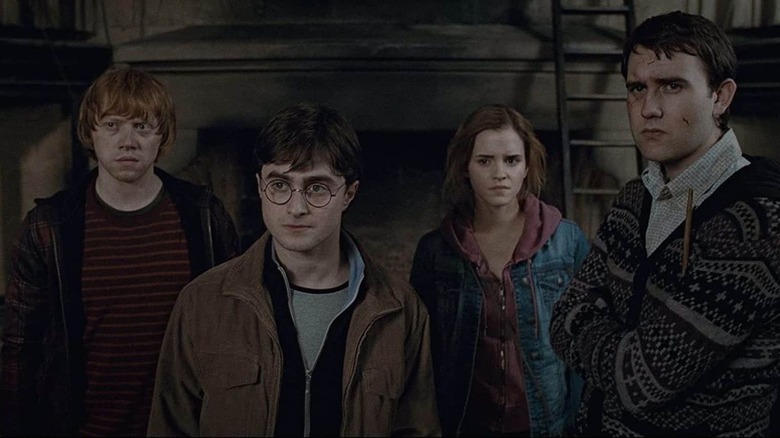 “Harry Potter 20th Anniversary: Return to Hogwarts” is a dream come true for most fans who haven’t seen the cast share the screen together in years. Their stories are worth listening to, their laughter asks to be shared, and their memories deserve to be revisited. If you’ve watched it already, you know that J.K. Rowling’s absence is hardly felt. Doesn’t that feel as if the franchise is permitting itself to move on?

In an FAQ, Warner Bros. Games stated that J.K. Rowling was not “directly involved” with the upcoming “Hogwarts Legacy” video game, which makes me wonder if “Harry Potter” is ready to carry on without its author’s company. Removing Rowling from its history and handing over the franchise’s legacy to a new generation of diverse, creative voices might save it from its impending death. J.K. Rowling might not live forever to tell her tales, but Harry’s story will continue to impact new generations. The franchise has spawned inventive adaptations (Looking at you, “A Very Potter Musical”) and fan works, and created a passionate and inclusive community that can’t be forgotten overnight.

“Harry Potter” has evolved into something much bigger — thanks to the fans.

Something Worth Fighting For 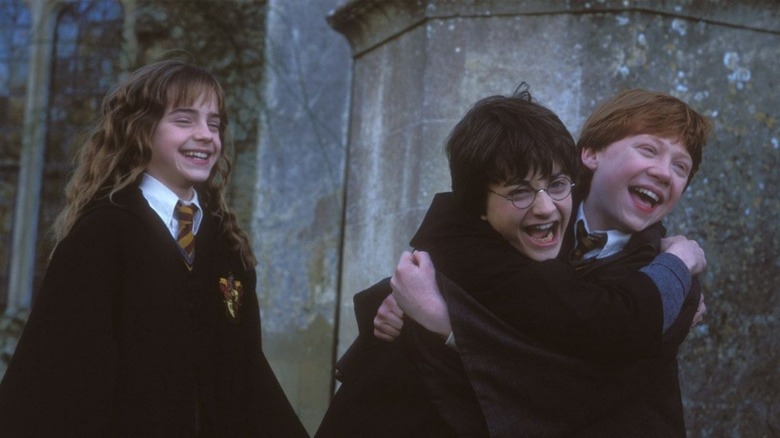 As Daniel Radcliffe wrote in his moving op-ed (via The Trevor Project) that rejected J.K. Rowling’s transphobic views, “Harry Potter” is a story about love. It’s hard to erase that.

“To all the people who now feel that their experience of the books has been tarnished or diminished, I am deeply sorry for the pain these comments have caused you. I really hope that you don’t entirely lose what was valuable in these stories to you. If these books taught you that love is the strongest force in the universe, capable of overcoming anything; if they taught you that strength is found in diversity, and that dogmatic ideas of pureness lead to the oppression of vulnerable groups; if you believe that a particular character is trans, nonbinary, or gender fluid, or that they are gay or bisexual; if you found anything in these stories that resonated with you and helped you at any time in your life — then that is between you and the book that you read, and it is sacred. And in my opinion nobody can touch that. It means to you what it means to you and I hope that these comments will not taint that too much.”

Transgender and non-binary “Harry Potter” fans are understandably devastated that an author whose works mean so much to them insists on publicly denigrating them as sexual predators (in the case of trans women) or confused tomboys (in the case of trans men and AFAB non-binary people). But Rowling seemingly has no intention of taking back her words or changing her views. Does that mean we banish everything we love about “Harry Potter”? That we set aside every memory that made us who we are — standing in unending queues to buy the new book, watching “Harry Potter and the Deathly Hallows Part 2” on release day, wearing themed costumes to Comic-Con, and investing a fair amount of time wrapped in the world of fanfiction.net? That it’s a story about fighting for the greater good?

It’s a dark time to be a “Harry Potter” fan, and we’re in a place where its legacy is unknown — it is a question mark. So I’ll leave you with this: J.K. Rowling might never stray away from her endeavor to taint the magical world of “Harry Potter,” but we have something she doesn’t: a community worth fighting for.

Read this next: Fantasy Box Office Bombs That Deserve A Second Chance

The post Harry Potter Needs to Move On Without J. K. Rowling appeared first on /Film.

Umbrella Academy Season 3 Posters Reveal The Sparrow Academy's Faces (Well, Half Of Them)