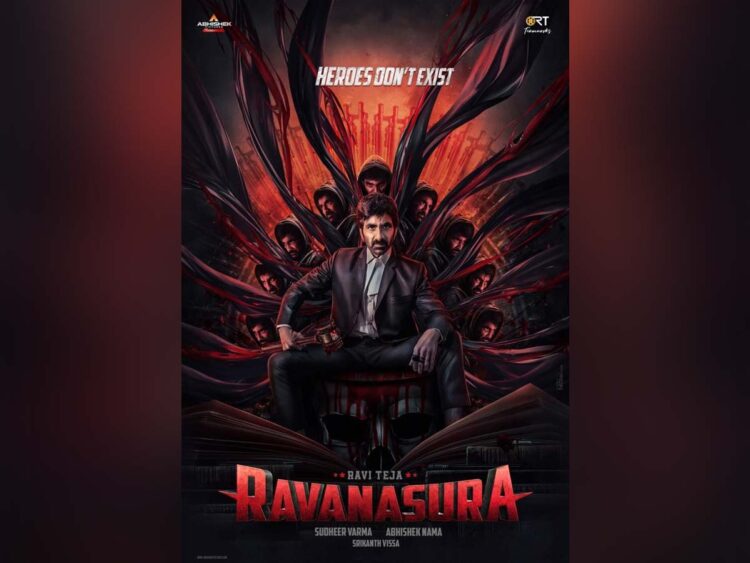 It is known that Ravi Teja’ 70th project is titled Ravanasura.  The makers have already shared the  first look from the movie on his social media handles that featured Ravi Teja as a lawyer sitting on a chair with a gavel in his hand with blood dripping from it. W The post also featured legal files, books, and a paintbrush in front of  Ravi Teja, while guns form the backdrop. The poster also hinted  at ten different shades of the protagonist. Now according to the latest report, the upcoming film Ravanasura starring Ravi Teja will be launched on 14th January 2022 at 9:50 am at Annapurna Studios.

The makers of Ravanasura confirmed the same by sharing a new poster on social media site. Touted to be an action thriller, Ravanasura marks the first collaboration of Mass Maharaja Ravi Teja and director Sudheer Varma and bankrolled by Abhishek Nama of Abhishek Pictures in association with RT Teamworks.

Ravanasura is an action thriller drama and  it will apparently be mounted on a big scale.  Soon the announcement regarding the remaining cast and crew will be made.

On the otherside, Ravi Teja is currently working with Ramesh Varma for an action drama Khiladi in which the actor is playing the dual role.

Ravi Teja ready to return the last part of payment

Ravi Teja to end this year with Atta Sudake

Umbrella Academy Season 3 Posters Reveal The Sparrow Academy’s Faces (Well, Half Of Them)

Farrah Abraham: I'm So Good at Law That Harvard Professors are Asking Me for Advice!