‘Cinema Bandi’ Review : An ode to the art of film making

by Pradeep Kamadana
in Entertainment, Films, Reviews
Reading Time: 3 mins read
14
A A
0 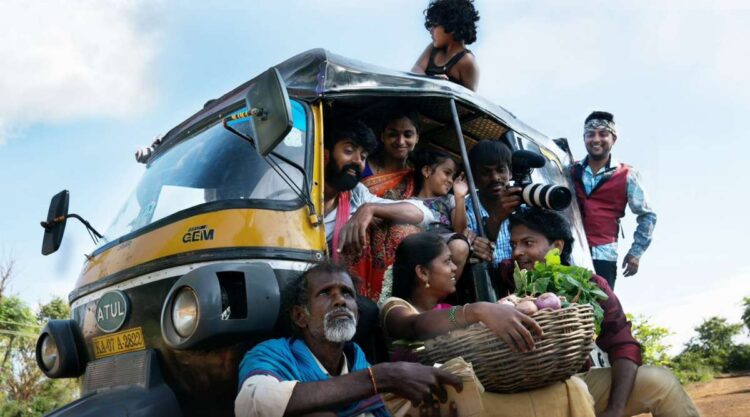 “The desire to create is one of the deepest yearnings of the human soul.” – Dieter F. Uchtdorf

Lagaan, C/o Kancharapalem, or  Mallesham has enabled the creative genius of our film makers to reach every nook and corner of the world. Yet another film that can find a place alongside these finest creative representations is Cinema Bandi, streaming now on Netfilx.

A sleepy village Gollapalli in Andhra Pradesh-Karnataka border wakes up to another day but its going to be a different morning for the auto driver Veera Babu (Vikas Vasistha) who finds a high-end camera left behind in his auto by one of the passengers.

Veera Babu who shares with his friend Ganapathi (Sandeep Varanasi) who is a wedding photographer about his finding had a brainstorming session with him on what to do with the camera. Finally, Veera Babu settles down to make a film to come out of his financial crisis and also to do some good to his rain starved village. He ropes in Ganapathi to assist him to make this a reality who is also going to be the ace photographer for his film.

From here, their idea to make the film blossoms and starts flourishing as they went on to pick up the hero and heroine for their film from the village after facing several insults, humiliations, and ordeals to make their dream film.

A barber, a vegetable seller, a old speechless story writer and a child who dons the role of an Assistant Director from the village join the team to create the magic.

How do they continue their film making and what are the challenges faced by them in the course of making the film is the remaining part of the Cinema Bandi which needs to be seen on the screen as any further disclosure will act as a spoiler.

C/o Kancharapalem proved its mark with actors coming from theatre background and in Cinema Bandi too, the theatrical experience plays the vital role as most of the actors are from the theatrical background. Vikas Vasistha nailed it in the character of Veera Babu who was ably supported by Sandeep Varanasi who puts up a brilliant performance. But surprise among these actors is Uma YG who steals the show as vegetable seller Manga in a fiery character that added more variety to the casting.

Other artistes, Rag Mayur as the barber Maridesh provides great relief with his unadulterated comedy and his eccentricities too looked quite natural. Tirshara, Muni Venkatappa, Sindhu Sreenivasa Murthy, Sirivenennela Yanamandhala, and Pujari Ram Charan are excellent in their characters.

Full credit goes to the debutants, writer Vasanth Mariganti and director Praveen Kandregula for their visualization of a half beat story like Cinema Bandi and executing it to perfection. If Lagaan highlights the commitment and perseverance of villagers who form the cricket team out of blue to denounce the dominance of British, Cinema Bandi proves that creativity and passion are the cornerstones of successful film making. The writer and director are the  classic examples of the passion and fire which was visible in every moment of Cinema Bandi.

Music by Sirish Satyavolu and cinematography by Apoorva Shaligram Dewalkar and Sagar Y V V are truly the ears and eyes of this masterpiece as they conveyed the mood and tone of the film quite aesthetically without any deviation or over the top maneuvers.

Bankrolled by renowned makers Raj & DK who made this film as a part of their D2R Indie initiative to encourage new creators, Cinema Bandi is the right beginning and their efforts are praiseworthy and this will go a long way in presenting many more sensible films from many talented young film makers in future.

We rarely get to see films with the soul and heart intact and Cinema Bandi is one of those few films which cannot be ignored by the lovers of cinema across the world. 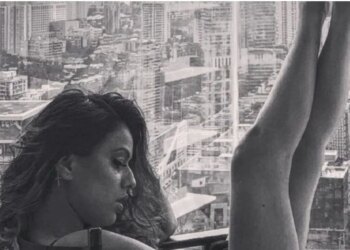 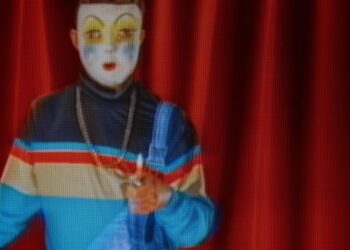