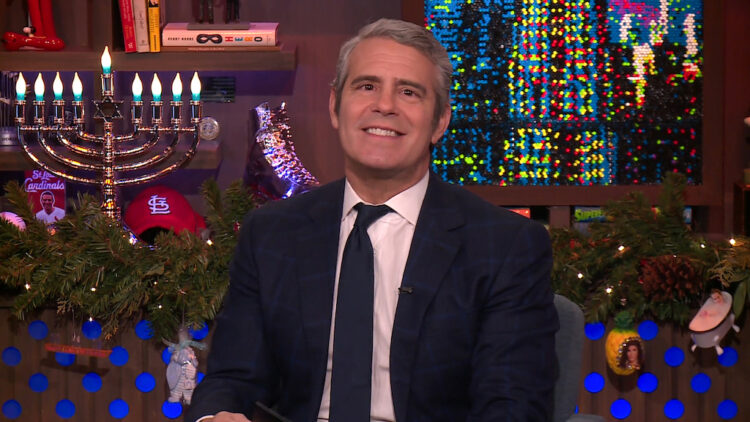 There’s a chance you got a little drunk on New Year’s Eve, even if (or especially if) you spent the holiday alone, quarantining or sick from COVID. (Chances are you dressed better than one of the richest people in the world.) Perhaps you got as tanked as weird Doritos eater Andy Cohen did. But you probably weren’t on national television. Cohen was, co-hosting CNN’s New Year’s Eve broadcast alongside Anderson Cooper. Cohen went a little ultra, mocking both colleague Ryan Seacrest and exiting New York City mayor Bill de Blasio. Now he’s apologizing, or at least for the first part.

A visibly soused Cohen used his pulpit to belittle Dick Clark’s New Year’s Rockin’ Eve, ABC’s contribution to the night’s televisual partying, hosted by the co-host of Live with Kelly and Ryan. “If you look behind me, you’ll see Ryan Seacrest’s group of losers performing,” Cohen blurted out. “I’m sorry but if you’re watching ABC, you’re watching nothing.”

When the subject turned to de Blasio, who was succeeded that night by Eric Adams, Cohen was even more keyed-up. “Watching Mayor de Blasio do his ‘victory lap’ dance after four years of the crappiest job as the mayor of New York! The only thing that the Democrats and the Republicans can agree on is what a horrible mayor he has been, so sayonara, sucka!” Cohen said as he staggered around. “It’s done. What’s done is done. I liked ‘sayonara sucker.’”

By Monday, a recovered Cohen felt compelled to issue a mea culpa, at least to one of them. “The only thing that I regret saying, the only thing is that I slammed the ABC broadcast and I really like Ryan Seacrest and he’s a great guy,” he said on his SiriusXM show Andy Cohen Live. “And I really regret saying that. I was just stupid and drunk and feeling it.” He added, “I just kept talking and I shouldn’t have, and I felt bad about that.”

Cohen then suggested that he wasn’t apologizing for what he said about the former NYC mayor. “So that is the only thing. It’s the only thing,” he said.

When he was elected in 2013, de Blasio was seen as a progressive, transformative candidate who was serious about, among other things, cleaning up the city’s often aggressive police force. He didn’t. Instead he discovered what so many mayors learn: that being mayor of one of the globe’s largest and prickliest cities is incredibly tough, and that everyone will hate you, and not just because of your “trash” taste in pizza toppings.

‘Come From Away’ permanently closes in Toronto