by Sangita
in Entertainment, Listicles, Reviews
Reading Time: 7 mins read
A A
0 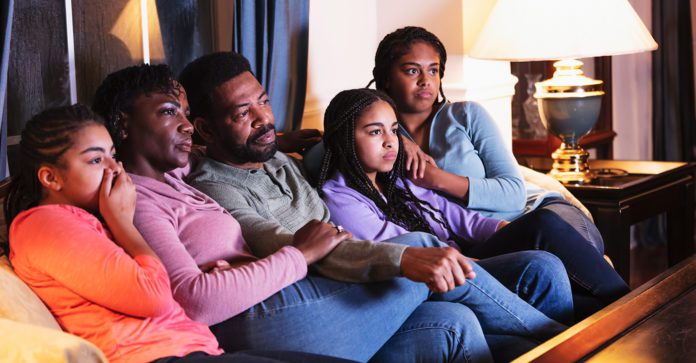 In 2021, the box-office did not disappoint with outstanding films on the big screen and streaming apps like Netflix, Amazon Prime, Hulu and Apple TV +.

Films like Jane Campion’s The Power of the Dog, Denzel Washington’s A Journal for Jordan, Ridley’s Scott’s House of Gucci, Aaron Sorkin’s Being the Ricardos, Jeymes Samuel’s The Harder They Fall and the Marvel Universe’s first Asian superhero film Shang-Chi and The Legend of the Ten Rings have made a variety of lists as they should.

I wanted to use this list as an opportunity to elevate some films that may have been undervalued or overlooked for a variety of reasons including subject matter, perceived lack of star power, genre or release date. Check out some of the top films of 2021, some of which you may not have heard of and others you may not wish to forget as we head into 2022.

Looking for global Black love or remembering what being in love feels like? You’ve found it in this funny, heartwarming film that takes viewers from the Dirty South to South London.

Inspired by writer, director, and star Aml Ameen’s life, Boxing Day follows Melvin (Aml Ameen), a British writer and former soap opera star living in America, who returns home to London for Christmas to introduce his American fiancée, Lisa (Aja Naomi King), to his energetic British-Caribbean family. Their relationship is put to the test as she discovers the world her fiancée has left behind including a superstar former girlfriend named Georgia (Leigh-Ann Pinnock).

Marianne Jean-Baptiste gives an endearing performance as Shirley, Melvin’s mother who is getting her groove back following a painful heartache. Ameen and King show the magic that can happen when the Diaspora comes together in life and love.

If teamwork makes the dream work was a film, King Richard would be it. King Richard is the engrossing story of a father’s determination to write his talented daughters into the sports history books, 78 pages at a time. Will Smith plays Richard Williams, the father who understands his daughters’ greatness and the context in which they are living, from the moment they were born.

Partnered with a dedicated and focused mother Oracene “Brandy” Williams played brilliantly by the white hot Aunjanue Ellis, the Williams family endeavors to take Venus (Saniyya Sidney) and Serena Williams (Demi Singleton) to the top of a tennis world resistant to their presence or participation. Williams uses strategy, humility and confidence to engage legendary tennis coach Paul Cohen (Tony Goldwyn) who helps Venus hone her skills while Brandy literally keeps Serena in the game of life and tennis.

Directed by Reinaldo Marcus Green (Premature, Gun Hill Road) and executive produced by the Williams sisters and Smith, the film offers a humanistic view of Richard Williams as a loving father who makes sure two Black girls from Compton, can rewrite their destiny, rise to the highest heights and belong wherever they choose to be.

The life of Rev. Pauli Murray is American history that is as important to the present as it is to the future. This documentary takes you on the journey of Murray, a non-binary African American woman, who was the first Black woman ordained as an Episcopalian priest and co-founder of the National Organization of Women (NOW).

The filmmakers make plain that Murray lived many lives – a professor, lawyer, poet and activist — all of which changed the course of society for the better. Murray’s legal theories were so brilliant and influential, Supreme Court justices Thurgood Marshall and Ruth Bader Ginsburg used them to win some of their most historic cases.

This documentary offers few bells and whistles – simply Murray telling and extraordinary story of a fully evolved human being in pursuit of justice and happiness.

In the fourth installment of the Black horror cult classic Candyman (1992) Director Nia DaCosta takes viewers on a journey into the modern-day horror that is gentrification and police occupation in Trump’s America.

Against the backdrop of one of America’s most storied housing projects, Cabrini Green in Chicago, Anthony (Yahya Abdul-Mateen II), a visual artist, delves into an old tale about a murder in the housing projects. Anthony, who lives a bourgeois life with his lover Brianna (Teyonah Parris) who manages an art gallery, seeks inspiration for his latest painting in all the wrong places.

Researching the story of what happened to Helen Lyle leads Anthony to roads less traveled and an introduction to Burke (Colman Domingo), a dry cleaner that holds many secrets. Written by DaCosta, Win Rosenfeld and horror maestro Jordan Peele, Candyman implicates all of the characters in the conjuring of this evil presence that refuses to die.

With stunning visuals, including art and cinematography and DaCosta’s intelligent reimaging of who Candyman is and what created him, makes the film feel more like a psychological thriller than a slasher like its predecessors. Candyman offers a smart window into the precarious world in which we’re living and why we should all be horrified.

Iconic musician and bandleader Ahmir “Questlove” Thompson makes his filmmaking debut with the documentary that is as much a historical document as it is an homage to Black musical excellence.

Thompson, founding member the legendary Roots crew and son of a jazz musician, escorts viewers into a world of Black music, fashion and culture at the Harlem Cultural Festival held at Mount Morris Park (now Marcus Garvey Park) over the course of six weeks in 1969, one hundred miles from Woodstock.

This documentary features electrifying performances and chronicles the socio-political times in which Black people in America were living. Black musicians from all genres of music – funk, blues, jazz, classical, rock and roll, folk, gospel – played simultaneously personifying the influence of Black innovation and creation in historic Harlem, ground zero for Black Arts and culture in the 20th Century.

Footage with spine tingling performances from Nina Simone, the Staples Singers, Stevie Wonder, Mahalia Jackson, the Fifth Dimension, Sly and the Family Stone and so many more, Summer of Soul shows the magic that happens when Black creatives and artists come together and reminds viewers of the cultural significance Black music played in a revolution that was not televised.

With a cast that includes Ruth Negga, Tessa Thompson, Alexander Skarsgard and Andre Holland and a story based on a novel written by American novelist Nella Larsen, Passing is a must-see movie about the reality of passing at a time when being Black equated to having no rights and a life with no value to empowered Whites other than as unpaid or low-wage labor. One wrong move by a Black person could result in certain death or an uncertain future.

The story takes place in Harlem where Irene (Thompson), a light-skinned Black woman married to Brian (Holland), a Black physician, unexpectedly runs into a former high school friend Clare, a light-skinned Black woman who is passing for White and married to a wealthy White man John (Skarsgard) from Chicago. Writer, producer and director Rebecca Hall, captures the tension between the women as their lives become increasingly connected.

(Passing features a) psychological dance between Irene and Clare as they literally sidestep landmines in a race war — some of their making — in which they have the most at stake. With beautiful Black and White cinematography that makes one feel as if they are looking through a photo album, Hall visually demonstrates that issues of race, sex and class aren’t always as Black and White as they may seem.

Fatherhood is a film about a happy family rocked by tragedy. In a refreshing departure from his usual role as the funny lead or sidekick, comedian Kevin Hart convincingly plays Matt, a broken-hearted father trying to raise his newborn daughter after the unexpected loss of his wife Liz (Deborah Ayinde), one day following childbirth.

Matt tries to balance the difficulty of raising a happy and productive child as an only parent with professional and romantic aspirations while navigating the precarious terrain of dealing with parents and in-laws yearning to maintain their connection to their deceased daughter.

Alfre Woodard delivers a powerful performance as Marian, Matt’s mother-in-law who is working through grief and the fear of losing her granddaughter. Hart holds his own in scenes with Woodard and Frankie Faison who plays, Liz’s father Mike. Lil’ Rel Howery, DeWanda Wise and Paul Reiser round out the cast playing the chorus to a devastating tragedy.

Cameron, a loving father played brilliantly by Academy award-winning actor Mahershala Ali finds out he is terminally ill just before learning he has a second child on the way with his beautiful and doting wife Poppy (Naomie Harris).

Presented with a life-saving and life-altering solution to his demise, Cameron must decide whether or not to change life’s trajectory or to stay the course and accept the future he knows instead of the unknown. Through this process, Cameron learns more about life, love and his full humanity as a man.

‘Come From Away’ permanently closes in Toronto 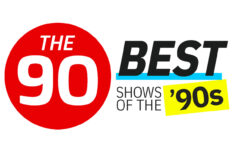