by Habiba Zaidi
in Entertainment, Listicles
Reading Time: 3 mins read
A A
0 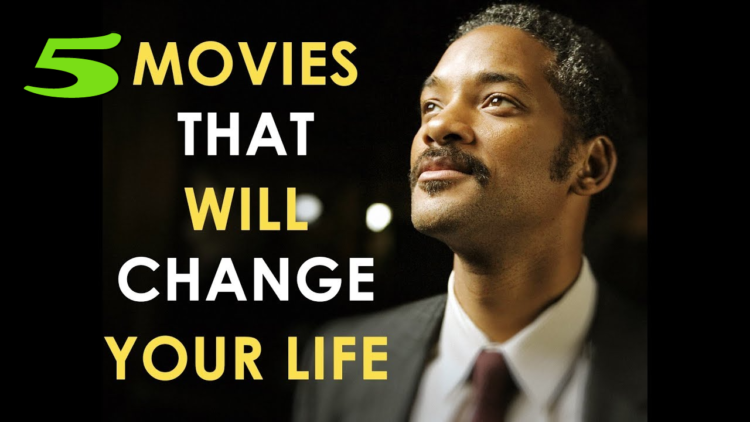 In our life, often there are times where we feel tired, lost, and cast down. In this modern era, with all that rat race and growing competition, one can feel dispirited and have the feeling of wanting to give up. As we all love entertainment, given that, watching inspirational movies is an effective and easy medium to push ourselves forward and uplift our spirit

Here are some of the highly motivational movies to watch when feeling low and dejected at times. Below enlisted are must watch 5 Inspirational Movies to boost one’s motivation and inspire them:

This movie is about guys who lack technological knowledge but because of their condition are thrown into the digital world. The film starts with two characters named Billy and Nick who are forty-something wristwatch salesmen and who lose their jobs when their company goes out of business due to the arrival of the digital world. It is when one of the characters stumbles upon and signs up for himself and his friend for Google Internships. They both somehow manage to obtain the Internships after passing the procedures for it and both of them promptly head out to Silicon Valley.

The rest of the movie revolves around Billy and Nick where they join in with the rest of the ‘misfits’ who all are viewed with disdain by most of their fellow interns and together they all make it through a series of competitive team challenges such as coding, answering helpline calls and locating bugs.

A drama film story about a twenty-one-year-old math and chemistry genius who without having any formal education demonstrates the skills that are required to solve considerably complex problems but chooses to work as a janitor at MIT. He is shown as a person although holds a rare talent but is a failure in lessons of life.

His talent is later found by psychiatrist Dr. Sean Maguire who reaches out to him, guides him, and helps him to deal with his past and recover from the emotional crisis. It is simply an inspiration and life-affirming film where a misguided youth is being given help so that he could reach his potential.

Dead Poets Society is a film that shows and teaches the viewers to learn to take advantage of any good opportunity that comes their way. In this film, a progressive English teacher named John Keating is introduced to an all‑boys preparatory which is famous for its traditions and standards.

This new teacher encourages his burdened students to break and be free from such norms that are heading them back from their life. Keating pushes his students to seek out the important things that keep up the passion that drives life.

This story is about the disaster that took place in the mountains in the year 1996 and is based on real-life attempts of survival of two different expeditions groups led by Rob Hall (played by Jason Clarke) and Scott Fischer (played by Jake Gyllenhaal) respectively, who had started their final ascent towards the summit of the highest point of Earth, Mount when without any suitable warning a fierce storm strikes the mountain and engulfs the adventurers in one of the violent blizzards ever encountered by man.

The movie shows that how unexpected is life and things may often not go how we have had expected them to be, but even in great peril we must fight with all the will we’ve got until the end.

This critically acclaimed teen comedy-drama film is about five high schoolers enduring a Saturday detention together and comes from totally different walks of life. The film deals with the troubled teens who bond over a common contempt of peer pressure and parental expectations.

The movie highlights the struggles of teens and the extreme pressure and expectations that are thrown on them whereas they only want to be understood by the adults around them so they could find their true selves and find what they want from and in life. We learn through this must-watch that how one can find solace through unexpected friendships and how it is okay for us to confide in someone else about our clashes, problems, and fears in life.

There are times in our life where we feel bummed out and need some unwinding for ourselves to let go of all the tension and frustrations that has been building up inside us. At times like these, it is better to watch these 5 highly Motivational movies depicting the success stories that lift our spirits and instill hope, courage and encourage to keep going and achieve goals in life.