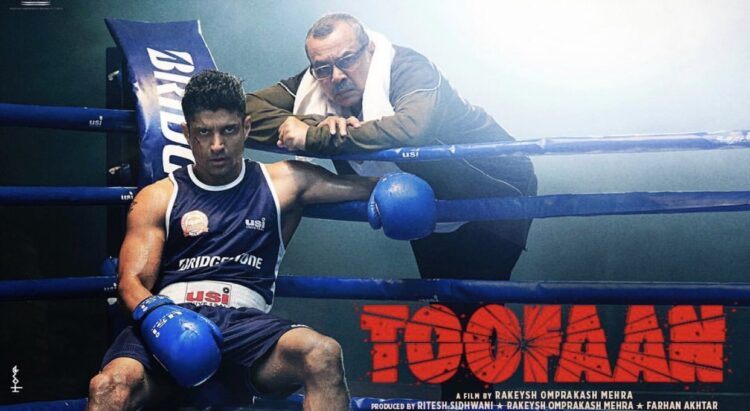 Sports dramas after Saala Khadoos, Dangal, Mukkabaaz, and Sultan, have become cliché-ridden and all these except the biopics started following the same arc of the storyline. Toofaan is another sports drama streaming on Amazon Prime Video that pans the story of an underdog turning into a boxing champion.

A slum dweller of Mumbai Azzu Bhai (Farhan Akhtar) lives life to the fullest as a local goon who works for Jaffer Bhai (Vijay Raaz). He wanted to explore his fighting skills in a boxing ring and at the same time, Ananya Prabhu (Mrunal Thakur) enters his life.

Azzu now realizes that he needs to get technically updated to master the boxing and gets trained by Nana Prabhu (Paresh Rawal) who transforms him into a boxing champion.

Meanwhile, a rift between Aziz and Nana ensues due to Aziz’s love affair with Ananya as a result Ananya leaves her home, and subsequently Aziz gets separated from Nana.

Afterwards. Aziz gets involved in match tampering and he faces suspension by the Boxing Federation. How Aziz bounces back and what happens to the love between Ananya and Aziz is the remaining story of Toofaan.

The transformation from Azzu Bhai to Aziz Ali was phenomenal and Farhan Akhtar delivers an over-the-top performance that makes him immensely satisfied as an actor.

Paresh Rawal is a versatile actor who can shape himself into any character very easily and as a coach and father, his performance level reaches an all-time high.

Mrunal Thakur, the girl behind the victory of Aziz Ali plays the character of Ananya with great responsibility showing shades of maturity wherever required in a commendable manner.

Rakeysh Omprakash Mehra has disappointed this time with Toofaan. His magic which was seen in Rang De Basanti and Bhag Milka Bhag is missing in this film due to which Toofaan remains as a stale dish without any aroma or taste.

Few scenes like the one which referred to the all-time great boxing champion Muhammad Ali, the communal tensions along with bomb blasts and some emotional dialogues about boxing were able to make an impact but on a lower scale.

The run time of 161 minutes is another drawback that makes Toofaan a passable sports drama devoid of any thunder.

The cinematography by Joy Oza is nothing new or spectacular as he followed the same style like he did in Gully Boy but overall he has done a commendable job.

The music by Shankar-Ehsaan-Loy is okayish as there was nothing much to make it remarkable due to poor narrative.

While watching the movie, one doesn’t get the feeling of watching a fresh new film as all the scenes will be like ‘seen somewhere earlier’. Except for stellar performance of Farhan Akhtar, there is nothing new in Toofaan to make it enjoyable. Those who love sports drama can give it a try without any comparisons or expectations.

‘Narappa’ Review: A honest remake with intense and heartrending emotions

‘Manifest’ Season 4 Preparation: A Refresher On The place We Left Off In The 828 Saga 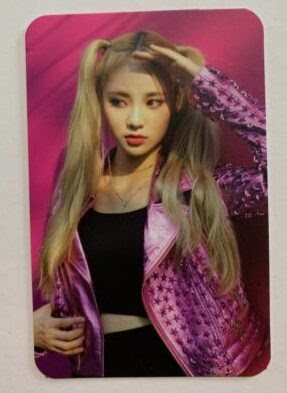 'Narappa' Review: A honest remake with intense and heartrending emotions

Recent OTT trends : Are they worth the hype?