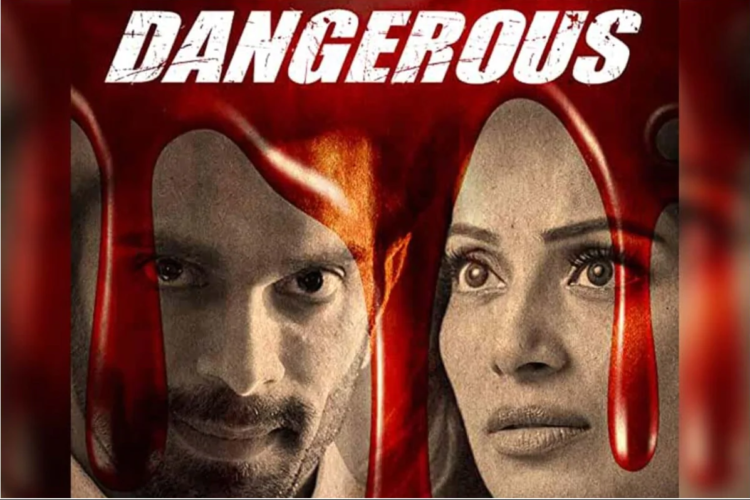 A predictable spin around the game of love and betrayal

Love not only saves, but it kills also and this is the backdrop of the MX Exclusive web series Dangerous which is streaming now. This Vikram Bhatt show is about the dangerous game love plays with many bizarre spins and unexpected twists that turn relationships into nightmares.

Aditya Dhanraj (Karan Singh Grover) is a millionaire in London whose wife Diya (Sonali Raut) gets kidnapped under intriguing circumstances as soon as she gets into a quarrel with her husband. Neha (Bipasha Basu) is summoned to investigate this case and due to her past relationship with Aditya, she wanted to crack this case and rescue Diya to provide the succor to Aditya.

But things go awry and Neha stumbles upon many skeletons on her way which not only startles her but unfold the bitter truth behind the kidnap and aftermath incidents proving that love is equally Dangerous in the end.

The story written by Vikram Bhatt resembles previous flicks like Naked which revolve around the oft-repeated formula transcending love, betrayal, and relationships with some intimate lovemaking scenes and a couple of groovy songs tucked in between. In this process, the storyline gets hijacked and the narrative gets bludgeoned so the result is something like Dangerous.

Bipasha is wasted in a character where there is nothing for her to capitalize on. Similarly, Grover too, who does nothing except to bare his chest and put on a sulky and a lovelorn look throughout the series. The reasons behind the breakup of their relationship were not explored properly due to which these characters look incomplete and underdeveloped hence fail to impress on the whole.

Comparatively, Natasha Suri surprises with a better portrayal of the character Gauri. Suyyash Rai as Vishal and Sonali Raut has done a commendable job within the short screen time.

There are many loose ends in the investigation process and the London Metropolitan Police (MET) are not so dumb to do the investigation in such a sloppy manner. Vikram Bhatt and director Bhushan Patel could have done thorough homework before finalizing the script to infuse authenticity and logic into the story which are missing during the course of investigation.

Background score by Sharib Toshi is passable and the songs composed by Mika Singh and Vicky Hardik are good on ears but they are a total misfit in this so-called crime thriller as they had hampered the momentum of the narrative. Even those intimate scenes do not add any extra mileage to the story except extending the length.

A disappointing watch with a wafer-thin story-line, predictable twists, and routine climax. Though it is not a Dangerous proposition to watch, it’s not wise either to give it a try too so better to avoid it as there won’t be any takeaways from this 7-episode crime thriller.