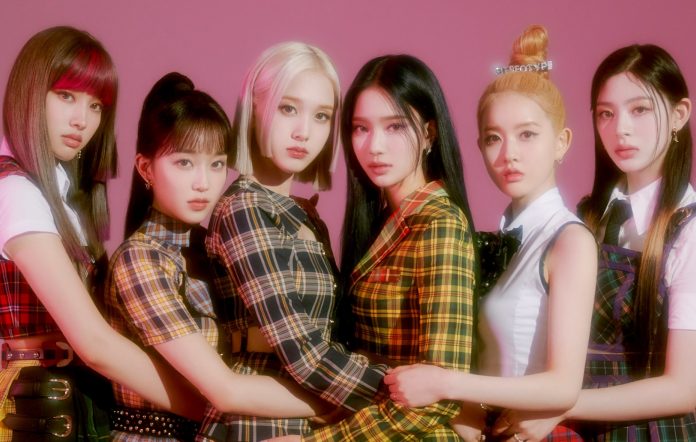 The K-pop group STAYC has released their first teaser trailer for their forthcoming mini-album of their sophomore album.

Today, earlier (February 7) at midnight CST, the K-pop girl group released an unambiguous teaser trailer for their soon-to-be released. The video begins with a pink-colored mushroom cloud that is shaped like a heart and then flickering in between smoke as well as a heart-shaped image, before ending with the group’s logo.

According to the description of the teaser posted on YouTube, STAYC will be returning with their second mini-album named ‘YOUNG-LUV.COM’. The group, which is comprised of six members, also announced a website to count down the forthcoming album and currently includes the heart-shaped lock, as well as an official link to the recently released video.

This announcement comes just one week after High Up Entertainment announced last month that K-pop’s girl group will be back to the market with fresh “upgraded tracks” during the month. Although an official timeframe has not yet be announced, the company has previously announced that the new album would come out sometime in February.

STAYC was selected as one of the NME’s 200 Emerging Artists for 2022, and they were praised for their distinct style as well as “sheer Pop optimism”. Nearer to home, the girl group received trophies for their best performance on the 31st Seoul Music Awards, and the Digital Song Bonsang for ‘ASAP” in the 36th Golden Disc Awards last month.

Alia and Ranbir to tie the knot this year in Mumbai

Alia and Ranbir to tie the knot this year in Mumbai