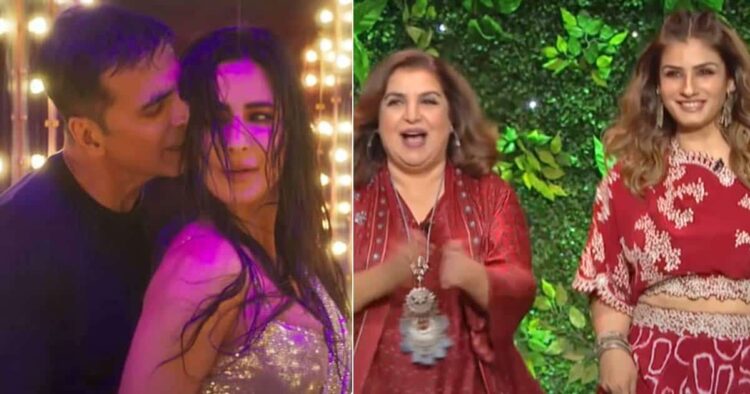 Recently on The Kapil Sharma Show Bollywood actress Raveena Tandon and Choreographer had appeared to celebrate the Dosti Special episode. In this episode, both the leading ladies happened to open up an amazing revelation on the remake of Tip Tip Barsa Paani.

Earlier, when the song was released Raveena Raveena had responded to this. Despite the fact that she did not comment on the new version of the song, she liked two tweets that appeared to praise her rendition. The first tweet read, “Original Tip Tip Barsa Pani is something else, that too in early 90s.”

Tip Tip Barsa Paani’s new version was a part of Rohit Shetty’s superhit cop universe Sooryavanshi starring Akshay Kumar and Katrina Kaif. The new song was recreated by Udit Narayan and Alka Yagnik while it was been remixed by Tanishk Bagchi. The original version of the song was part of Raveena and Akshay starrer blockbuster movie Mohra.