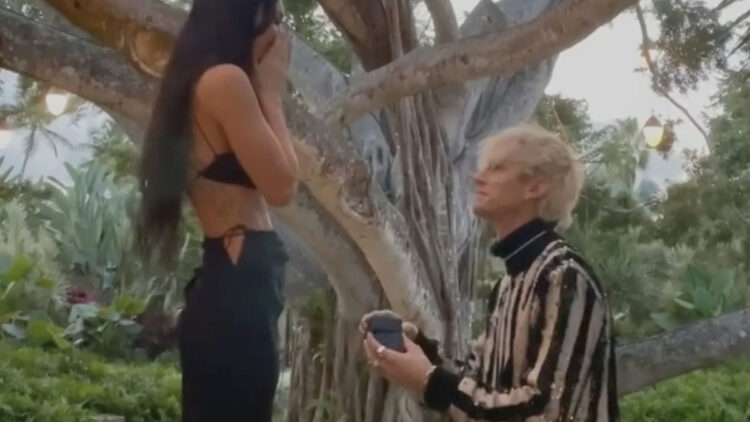 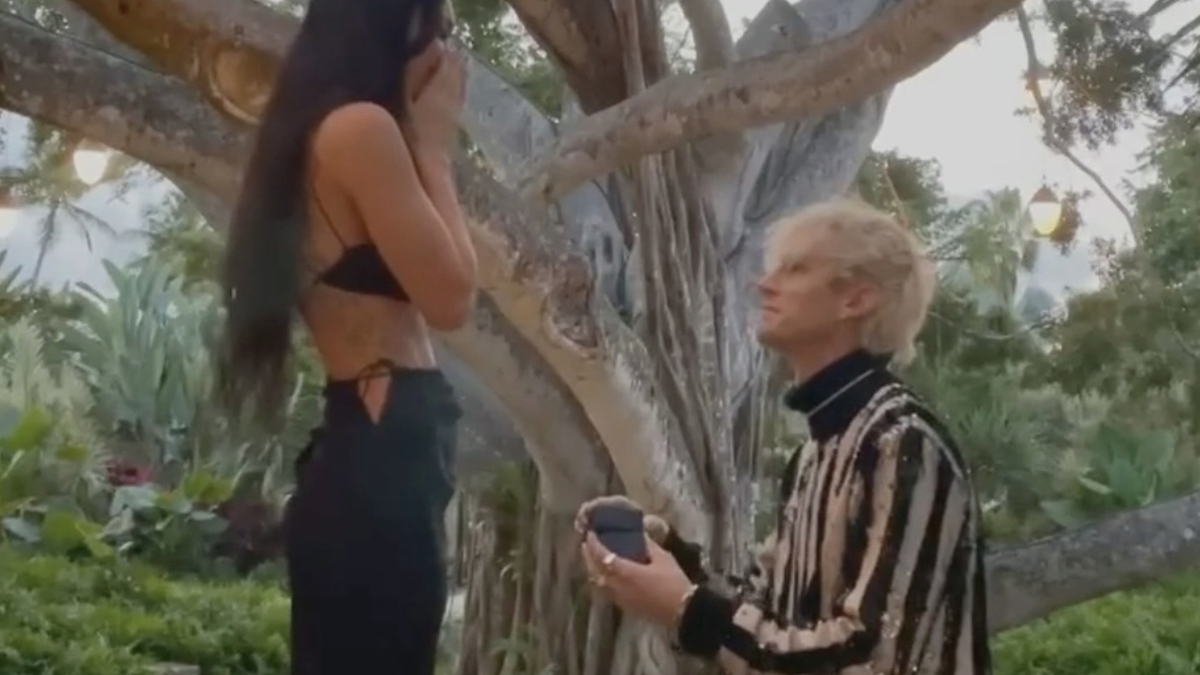 Hollywood’s cringiest couple is back with more vomit-inducing romantic lore. In a new interview with Vogue, Machine Gun Kelly said he designed Megan Fox’s engagement ring to have thorns on it so that “if she tries to take it off, it hurts.”

“It’s a thoroughbred Colombian emerald, with no treatment,” MGK (born Colson Baker) said of Fox’s Stephen Webster-designed, admittedly gorgeous ring. “It was just carved into the teardrop, straight out of the mine. And the diamond was directly from Stephen. The concept is that the ring can come apart to make two rings. When it’s together, it’s held in place by a magnet. So you see how it snaps together? And then it forms an obscure heart. And you see this right here? The bands are actually thorns. So if she tries to take it off, it hurts…Love is pain!”

Baker and Fox started dating in 2020, and their gothic romance has produced a steady stream of hilarious headlines ever since. The pair announced their engagement on Instagram January 12th in order to “control the narrative,” with Baker posting a closeup of the ring and Fox sharing a self-shot video of Baker going down on one knee.

“[B]eneath the same branches we fell in love under, [I] brought her back to ask her to marry me,” Baker captioned his post. “[I] know tradition is one ring, but [I] designed it with Stephen Webster to be two: the emerald (her birth stone) and the diamond (my birth stone) set on two magnetic bands of thorns that draw together as two halves of the same soul forming the obscure heart that is our love.”

Fox captioned her post with a similarly gushy message, writing, “[H]aving walked through hell together, and having laughed more than I ever imagined possible, he asked me to marry him. And just as in every lifetime before this one, and as in every lifetime that will follow it, I said yes… and then we drank each other’s blood.” Here’s hoping those crazy kids stay together, but hey, at least they’ll have more to drink if the ring ever comes off! See Fox’s rock(s) for yourself below.

Machine Gun Kelly will perform at this year’s Bonnaroo Festival, which you can grab tickets to here. As for Fox, the actress recently joined the cast of the upcoming Expendables movie.