by Kaypeekay
in Entertainment, News, Web Series
Reading Time: 6 mins read
A A
0 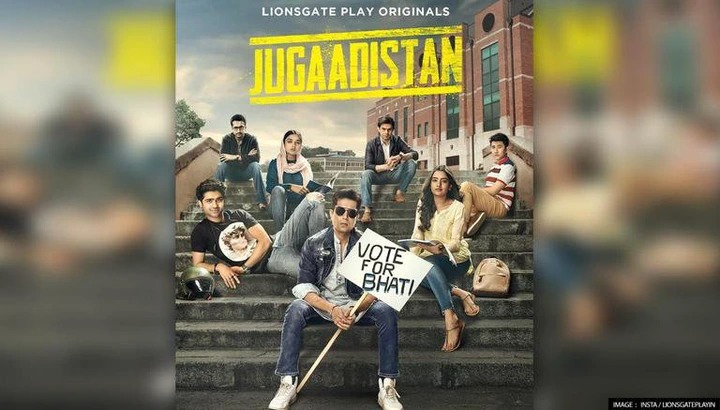 After the huge success that was Hiccups and Hookups, Lionsgate Play is ready to launch another thrilling series Jugaadistan. This will be the first original program on the streaming platform, and it is produced by Akarsh Khurana. Through Jugaadistan, Khurana explores the more savage features of this country. The show is scheduled to premiere on March 4, 2022.

The show will feature an outstanding cast that includes Sumeet Vyas, Parambrata Chatterjee, Arjun Mathur, and Rukshar Dhillon in crucial roles. The main actors will play Jugaad and college politics rather than the rosy spectacles that campus capers are often viewed.

Director Khurana is well-known for his show Mismatched which was the successful series in 2020 whose second season is going to stream very soon on Netflix platform. When asked about the series the director told Mid-Day that despite having made youth-oriented shows before however, this was something more special as It focuses more on the darker aspects of college along with a section of Delhi that you don’t usually watch on television very often.

Official Instagram handles for Lionsgate Play confirmed the series via an announcement poster. The poster featured all the cast members sitting on the steps of a university. The caption reads “Welcome to the wonderful world of Jugaadistan Jahaan Pyaar, dosti and politics ho ya banaane ka scheme, Cheez ke Liyein Hai in the sabke paas of the ultimate Jugaad scene. scene.#Jugaadistan A Lionsgate India Original! #comingsoon.”

From the posters, it is apparent like the event will center around a wide range of topics that include college politics, student interactions and earnings from side jobs each of which is significant in shaping people’s lives in their formative times.

In the wake of Hiccups and Hookups, Jugaadistan is the OTT platform’s second Indian original to be released by Lionsgate Play. Rohit Jain MD, Lionsgate South Asia & Networks revealed that in Hiccups and Hookups they explored family dynamics in the present scenario; this time, we go on an actual tour of college life.

According to various reports, the new show is set in a sprawling university campus that is filled with young students from across India. Jugaadistan is a bright, fun and energetic. To make things clear, it was called U-Special and has since switched to Jugaadistan.

K-Pop: BTS to hit the stage in their hometown after a gap of 2 years

K-Pop: BTS to hit the stage in their hometown after a gap of 2 years